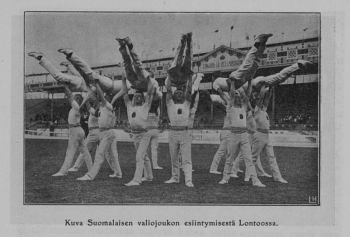 Finnish athletes at the London Olympics

A long description in the sports magazine Suomen Urheilulehti with pictures of Finnish athletes in the London Olympics in 1908. Read the article > The National Library of Finland 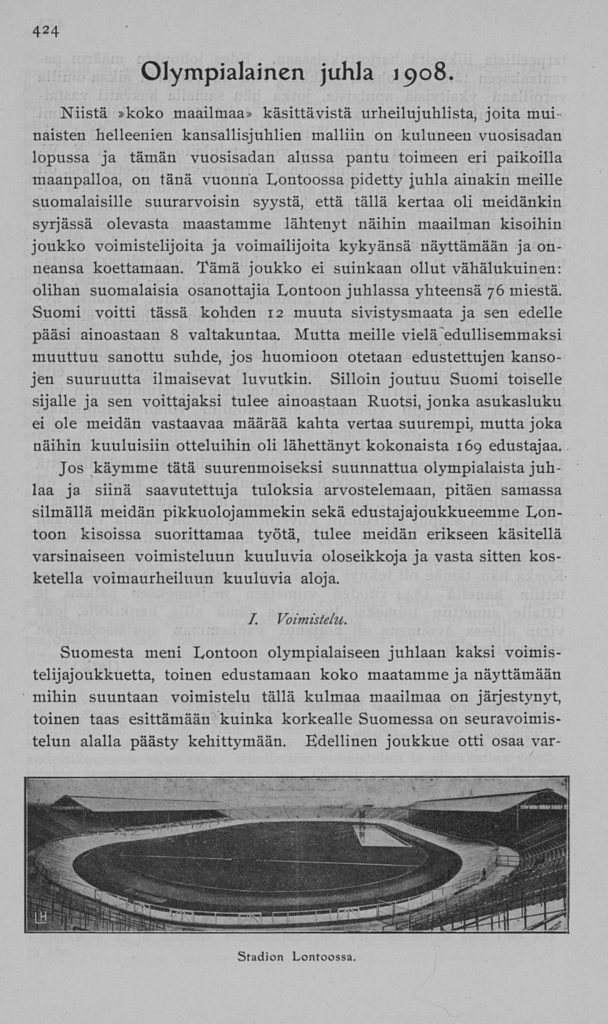 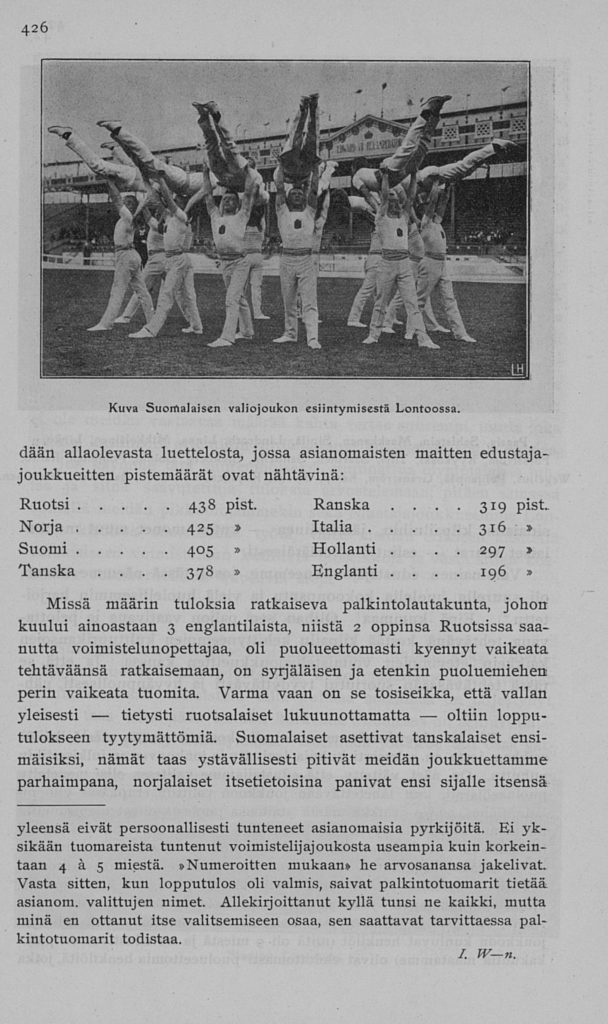 Another news article reports on the Finnish diver champion in London. Finnish diving champion Ebba Gisko was the first athlete at the opening ceremony of the London Olympic stadium in 1908.

“The Olympic Stadium was opened and inaugurated on the 14th of this month. It was raining cats and dogs – the inauguration was performed by the Prince of Wales, whom, it is said, always has bad luck with weather. The first trick, a high dive jump, was done by Finnish diving champion Miss Ebba Gisko.”

Read the article > The National Library of Finland 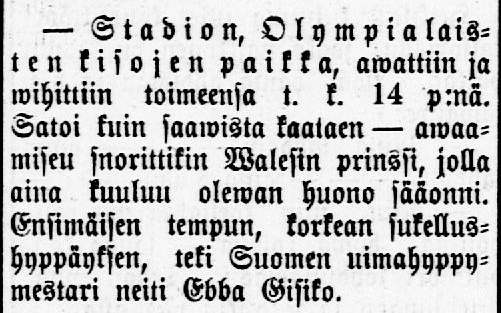