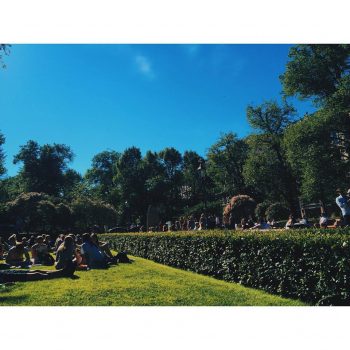 In 2015 I went Interrailing and flew out to Helsinki to begin my trip. It was my first time travelling abroad without my parents and I was only 18 years old. Having been exhausted from navigating both London Gatwick and Helsinki Vantaa airport as well as figuring out how to get to the centre of Helsinki, I eventually ended up in Esplanade Park in the late evening with the sun still shining (on what I was later told by my Couchsurfing host was one of the hottest days of the year!) and felt so calm and relaxed. Having been all over Europe in various cities, large and small, there is a particular feeling I got in Helsinki that no other European city gave me, and it’s one that I would love to feel once more and would do anything to experience again.

I would like to shout out to my Couchsurfing host, Ripsa, who introduced me to Lonkero (amazing!), Salmiakki (not so good…), Suomenlinna and the toilets in the Torni Hotel!