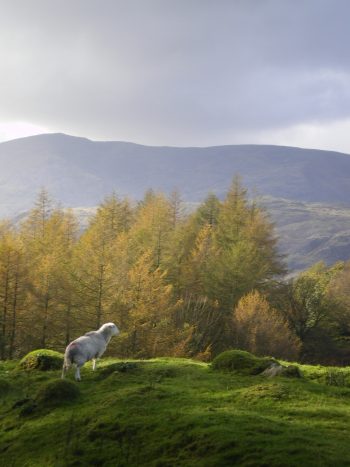 In the summer of 2008 I was full of confusion. I had just finished the Finnish upper secondary school, and I was uncertain of what to do next. With great confidence, I had told my friends that I would leave Finland if I could not find a study placement that year. By August, I was still without a study placement – and too proud to eat my words about leaving Finland.

England seemed like a rather easy option. People would speak a language I understood, and the British culture seemed somewhat familiar. (I must admit that my understanding about the British culture wast mostly obtained from “Emmerdale” and “’Keeping up appearances”.) Perhaps most importantly, by going to England I would also be close enough to go back home easily in case I ran out of my young confidence. I looked for random jobs at random job online sites, and quite quickly found a placement in a small hotel in the Lake District, in Northern England.

A few weeks later I found myself on a plane heading to Manchester. I remember making my way to Coniston quite easily, but being bewildered by the narrow, curvy roads that were surrounded by stone walls. The hotel itself was a pretty old building a bit outside the Coniston town, just up the hill from one of the lakes in the area. The premises originally belonged to Beatrix Potter, the creator of Peter Rabbit. (I met more sheep than rabbits, though.)

Upon arrival at the hotel, I was shown around by the manager of the hotel. I was impressed by the peaceful, cozy area, but unfortunately could not understand most of what was said to me. My English classes at a small school in Finland had not prepared me for the strong accent of my manager, and I was afraid of not being able to understand English well enough to actually work there. Luckily, however, I did not come across many language barriers during my stay in the hotel, except for when talking to the hotel chef from Scotland. Apparently he was a very funny person, since everyone else would laugh at his jokes at the hotel bar.

I spent the next four months serving breakfast and dinner, cleaning rooms and filling tea trays. I lived in one of the staff rooms with a full-floor carpet and an interesting smell. The work was easy and well-organised, and the hotel guests were mostly very lovely elderly people. I made friends with some of the other staff members, and still occasionally keep in touch with them.

I also learned about many British customs. For example, I learned that “tea” can also mean dinner, that the water from the bathroom tap is not suitable for drinking, and that it is normal for complete strangers to call you “darling” and touch or even hug you. All new things for someone who has lived her entire life in a small Finnish village, where people generally try to stay at an arm’s length (or a fields-length) from each other.

Heavy-heartedly, I left Coniston in November that year, as the hotel was closing up for the winter season. Life took me into another direction, and I have not visited Coniston since. Now I am back to England, however, having moved to London just a few days ago. I have noticed that people still seem to drink a lot of tea and call me “darling”. Hopefully soon I get to see if Coniston is as pretty, peaceful and full of sheep as I remember.