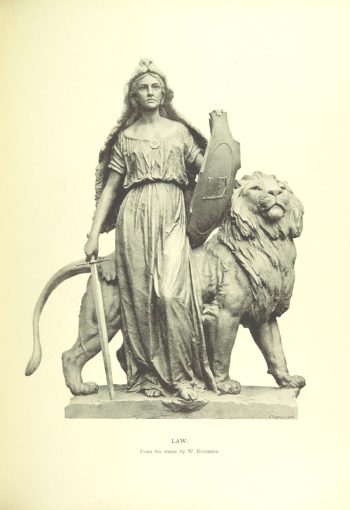 Finland in the Nineteenth Century by Renowned Finnish Authors

Leopold (Leo) Henrik Stanislaus Mechelin (1839–1914) was a Finnish professor, statesman, senator and liberal reformer. A leading defender of the autonomy of the Grand Duchy of Finland, and of the rights of women and minorities, Mechelin’s 1905–1908 government (“Mechelin’s Senate”) made Finland the first nation in the world with the universal right to vote and to be elected.

His period in office also saw the introduction of freedom of expression, the press, and of assembly. He also founded the Liberal Party of Finland (1880–1885), wrote its programme, was one of the founders of the Union Bank of Finland 1862 (now part of Nordea Bank) and co-founded the Nokia Company (1871). 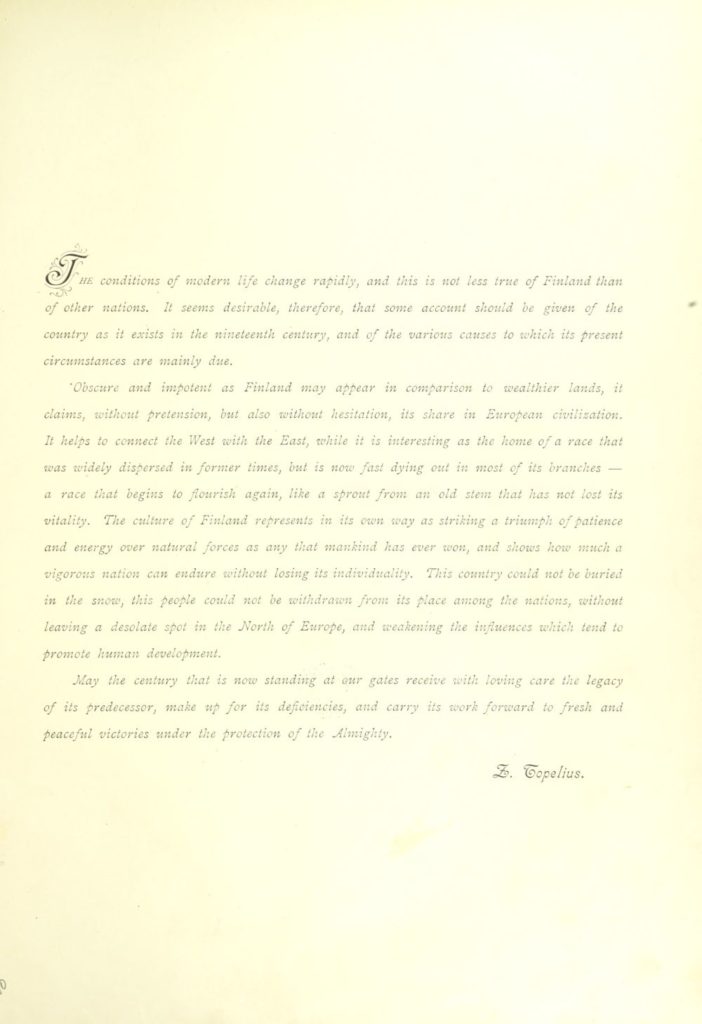 During Mechelin’s time at Helsinki University, the atmosphere in Finland was rather politicised, with the change in the Tsar and the convening, in 1863, of the Diet of Finland for the first time in 50 years. During his time as a professor, Mechelin established even more firmly his stamp on the political map. Mechelin’s political strength was partly derived from his broad international connections, through which he received fresh information on such matters as developments in St. Petersburg.

Through his connections he was able to disseminate news of Finland to the world at large and consequently influence the way foreign powers viewed Finland’s situation. 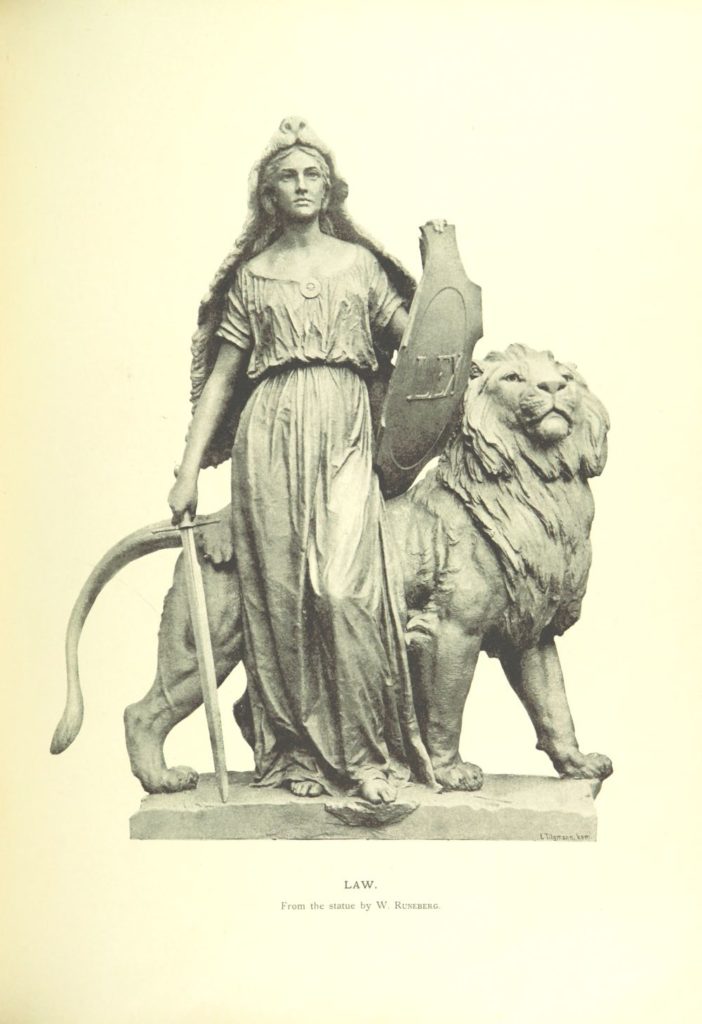 With his work Finland in the Nineteenth Century, Mechelin attempted to make Finland known as a state in its own right. Among the contributors to the work were many of the famous writers and artists of the day, including Zacharias Topelius, Venny Soldan-Brofelt, Maria Wiik, Amelie Lundahl, Eero Järnefelt, Eino Leino and Albert Edelfelt. The book was translated into several languages. 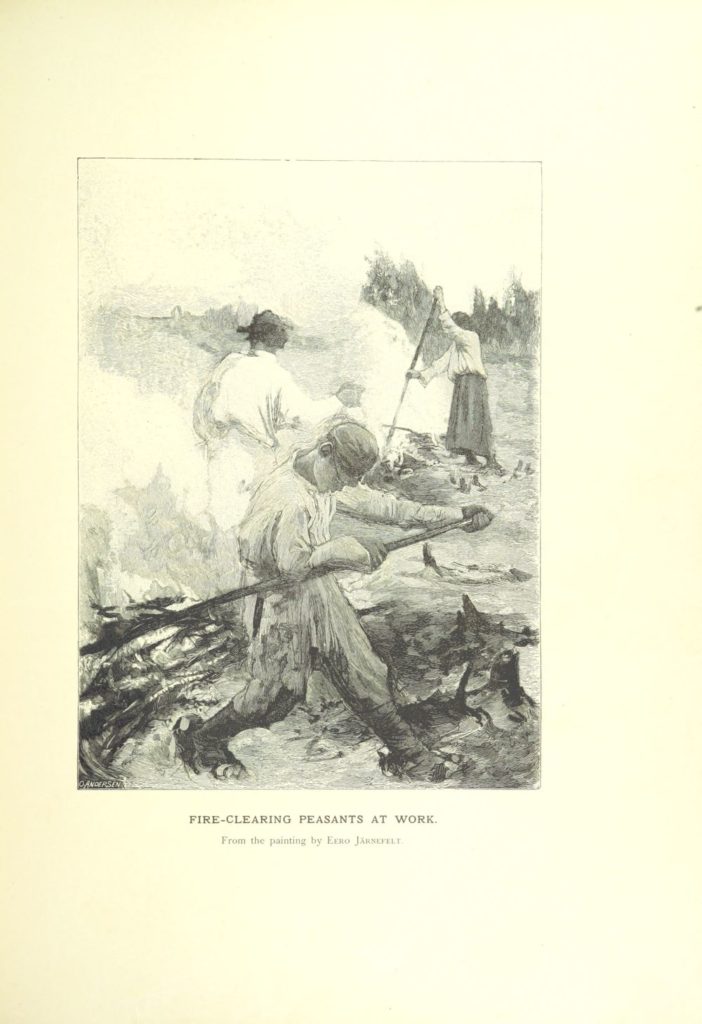 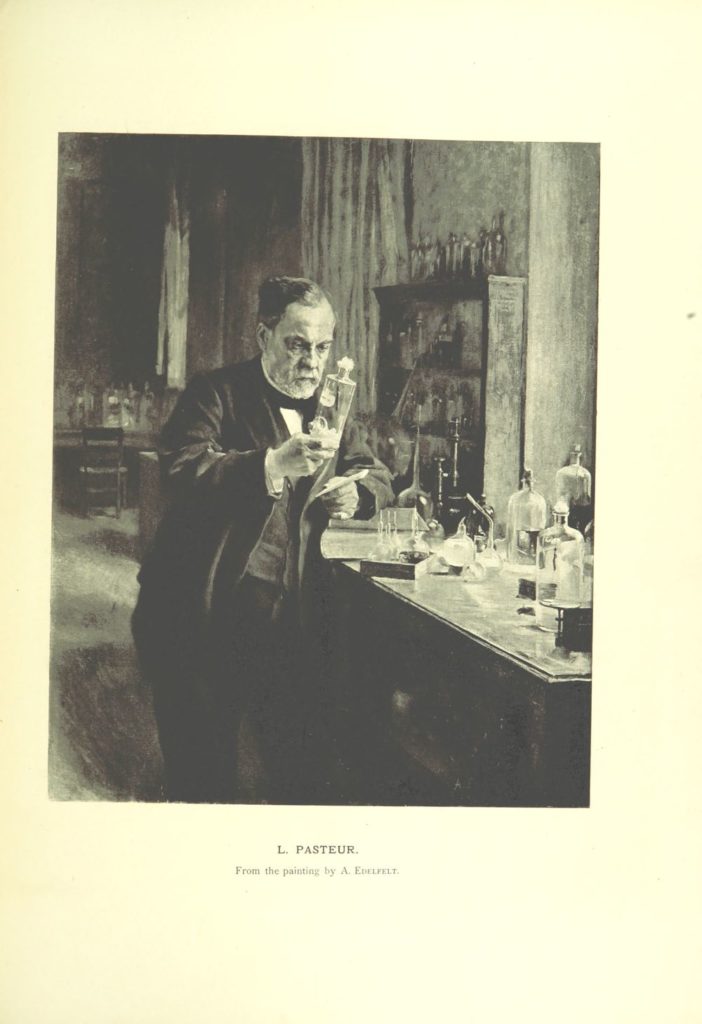