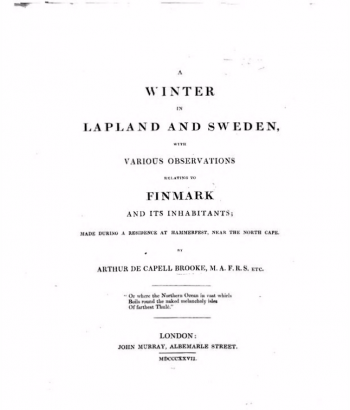 A Winter in Lapland and Sweden

John Murray is an English publisher, known for the authors it has published in its history, including Jane Austen, Sir Arthur Conan Doyle, Lord Byron, Charles Lyell, Johann Wolfgang von Goethe, Herman Melville, Edward Whymper, and Charles Darwin. Since 2004, it has been owned by conglomerate Lagardère under the Hachette UK brand.

John Murray III also started the Murray Handbooks in 1836, a series of travel guides from which modern-day guides are directly descended. Sir Arthur de Capell Brooke, 2nd Baronet (1791 –1858) was a British baronet and travel writer, Fellow of the Royal Society (1823) and co-establisher of the Raleigh Club (1827). He travelled through Lapland in 1820 in a sledge, northern lights and stars above. 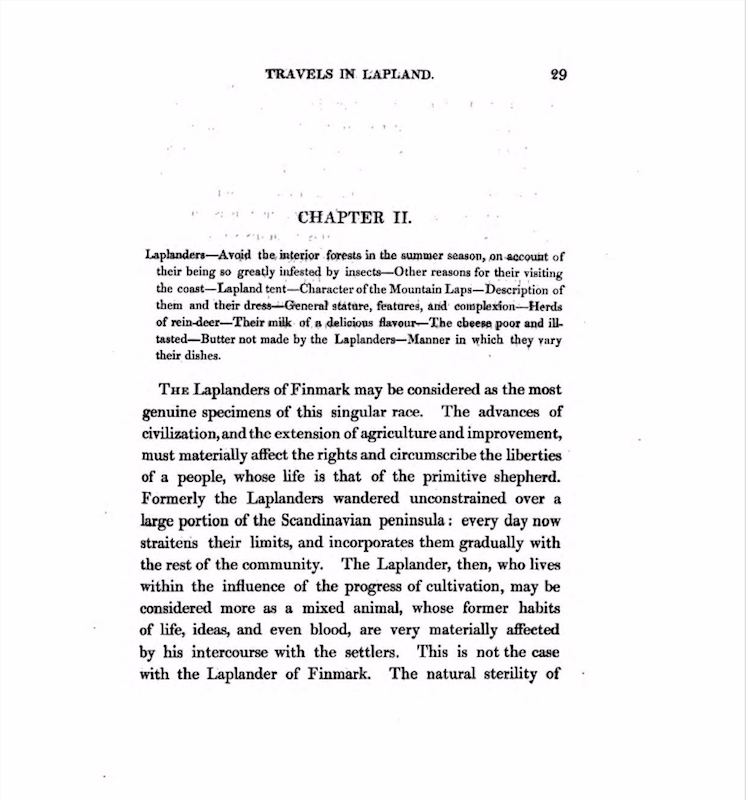 In his book he describes his adventures, gives glimpses of Laplanders’ manners and customs, which are characterized by mercilessly cold winters and Arctic gloom.

“The wants of the Laplander are few, and confined to the procuring of the common necessaries of life: his mind is not enlarged enough to allow the powers of thinking to predominate, and yet I do not find from his moral character, that he is the worse for this; and should the purity of the one be found to be owing to the limited nature of the other, it were to be wished that the rest of mankind resembled him in this respect”. 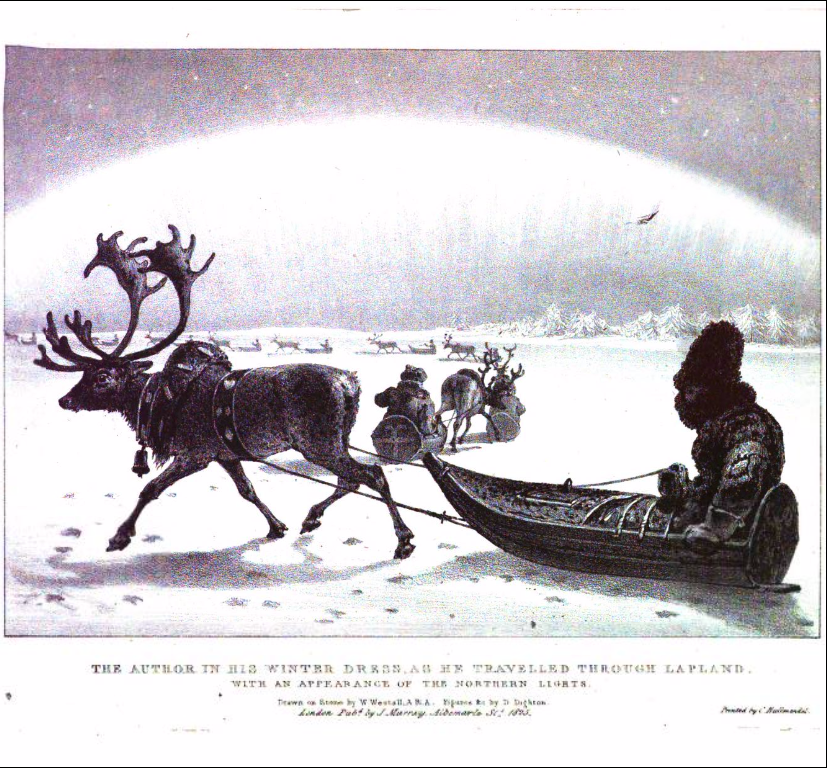