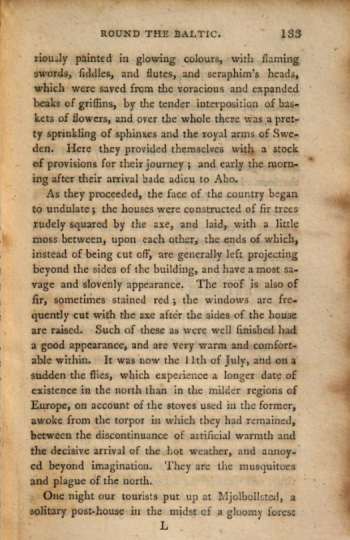 Travels round the Baltic, through Denmark, Sweden, Russia, Prussia and part of Germany, 1805

Sir John Carr (1772–1832) was an English barrister and travel writer. Carr, from Devonshire, was called to the bar at the Middle Temple, but for health reasons began to travel. Accounts of his journeys around Europe were popular for their light style.

For British people, the practice of extended travel across Europe largely ceased due to the political situation in France, in favour of more limited adventures, for example in the Scottish Highlands, or much more exotic ones, as to South America, India or China.

Among the rare passengers audacious enough to risk going through a continent in wartime, there was John Carr. He took advantage of the Peace of Amiens signed in 1802 between England and France and hastened to cross the English Channel fuelled by the desire to see for himself the people about whom all kinds of rumours had circulated since the beginning of hostilities against Austria ten years earlier.

Emboldened by his success, he tried his luck a second time in 1804, this time towards Northern Europe, because William Pitt’s Britain had been at war with Napoleon’s France since May 1803. As John Carr said, in a rather circumspect way:

“The angry decrees of renovated war had closed the gates of the south; the north alone lay expanded before me; if she is less enchanting, thought I, perhaps she is the less known, and wherever man is, (women of course included) there must be variety: she has hitherto been contemplated, clad in fur, and gliding with the swiftness of a light cloud before the wind, upon her roads of shining snow. I will take a peep at her in her summer garb, and will endeavour to form a nosegay of polar flowers.” 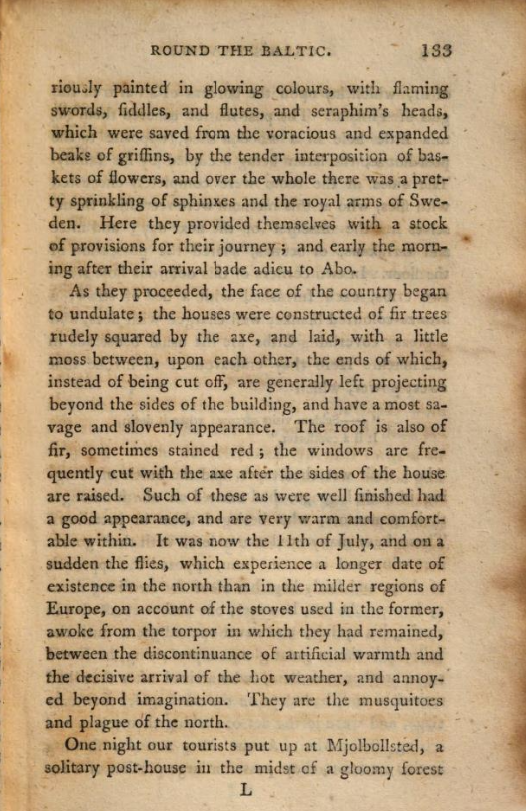