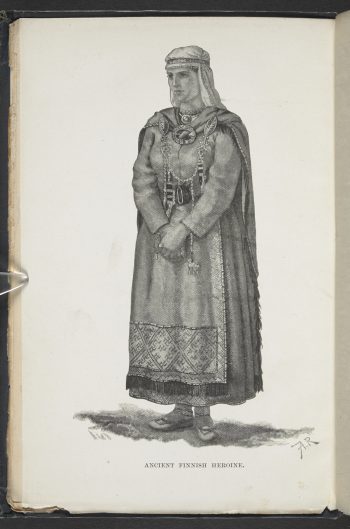 The Kalevala, the epic poem of Finland

The first edition of the Kalevala came out in 1835, and it was compiled from folk poetry that Elias Lönnrot recorded during his collection trips among poetry singers in 1828–1834. At the time of publication of the Kalevala, Finland was an autonomous grand duchy, and before that, until 1809, Finland was part of the Swedish Kingdom. Especially for Finnish intellectuals, the Kalevala became a symbol of the Finnish past, Finnishness, the Finnish language and Finnish culture, a foundation on which they started to build the fragile Finnish identity. It also aroused much interest abroad, and brought a small, unknown people to the awareness of other Europeans.

John Martin Crawford (1845–1916) was an American physician and scholar who translated Kalevala into English, based on a previous German translation by Franz Anton Schiefner published in 1852, to be published for the first time in 1888.

Kalevala has inspired many artists. J.R.R. Tolkien first discovered the Kalevala tale as a schoolboy in Birmingham. His father had died when he was a young child, and his mother passed away when he was 12, so he had been an orphan for some years when he came across the Finnish epic Kalevala – and within it the tale of Kullervo – during his final year at school. Arriving at Oxford University a year later, Tolkien began to write his own version of the Finnish myth. But after a few months he suddenly gave up. The manuscript runs to about 26 pages, but it breaks off in the middle of a sentence. The unfinished manuscript was put aside. Meanwhile, Tolkien went on to invent his own Elvish languages, and to write his books about hobbits, elves and dragons, in time off from his day job as a professor of Anglo Saxon and Middle English. 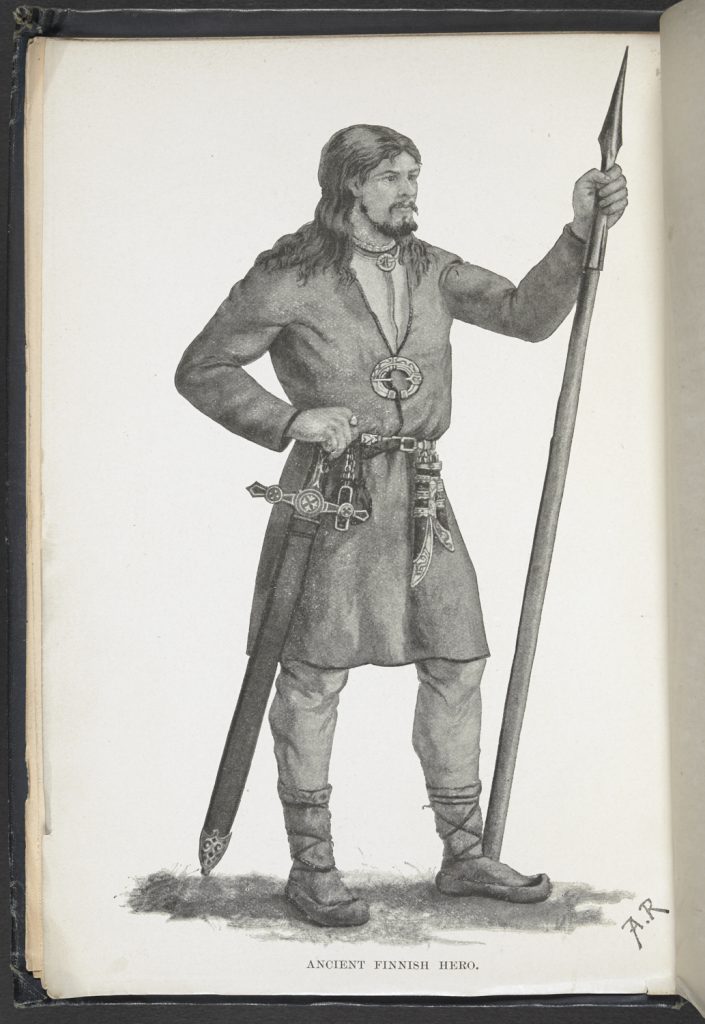 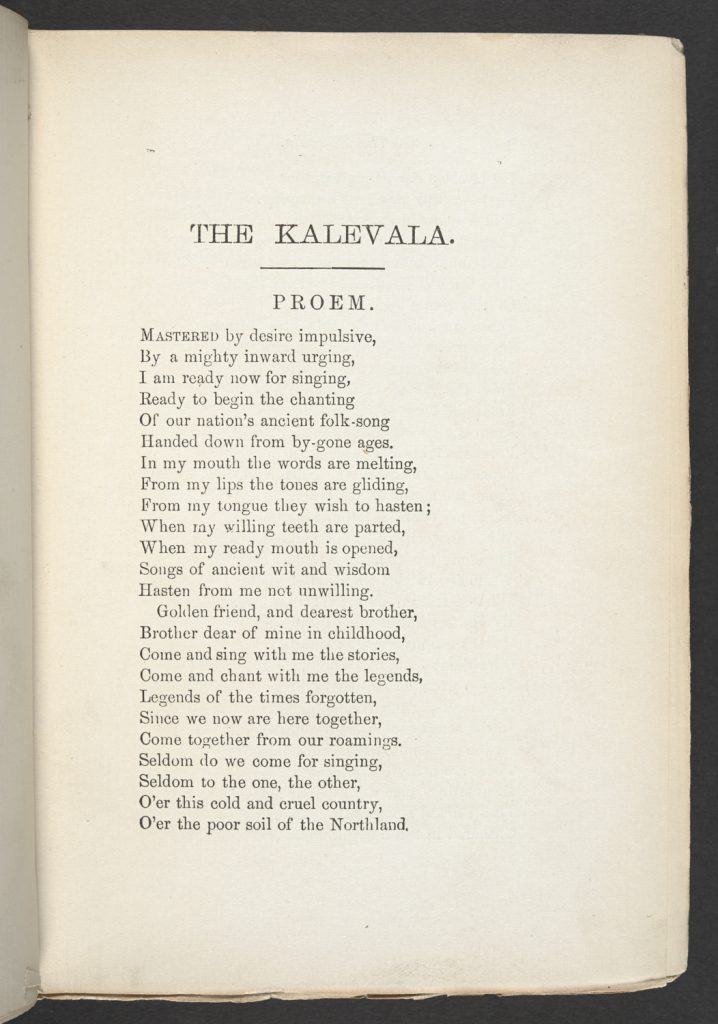 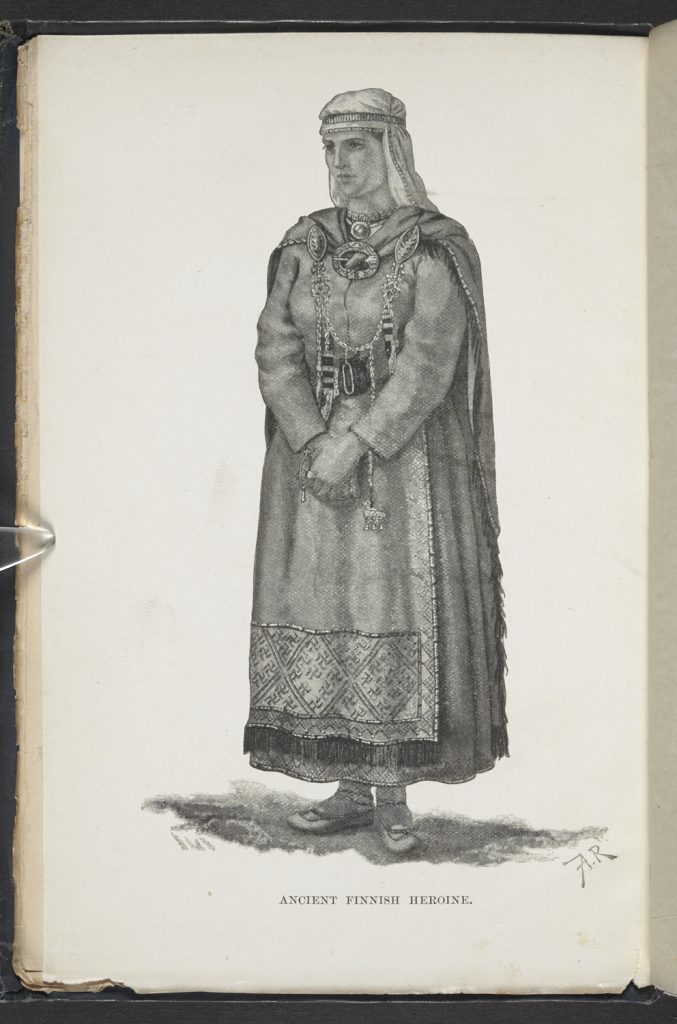 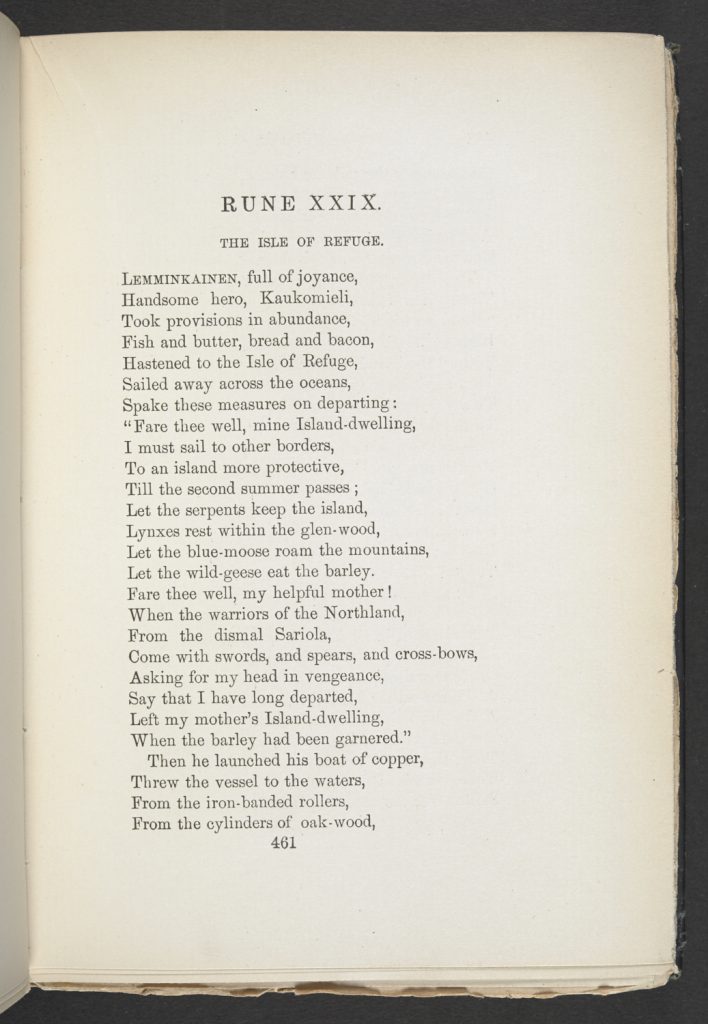