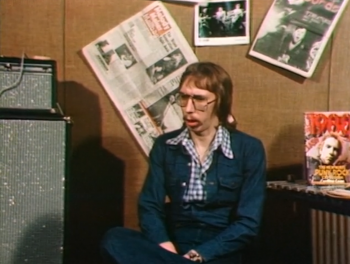 Punk lands in Finland Despite Fear and Prejudice

At the end of the 1970s when Finland was struggling with economic depression, punk rock came and conquered. At first punk was faced with prejudice: the new craze was labeled dangerous, violent and anarchistic. The British punk band Sex Pistols became a central representative of punk rock in Finnish media. Violent incidents that had taken place at some British punk clubs aroused the interest of the wider public in Finland. In January 1978, when Sex Pistols announced a concert to be held in Finland, prejudices and fears boiled over. The Central Union for Child Welfare and political youth associations demanded the band be stopped at the border, and , in the end, Sex Pistols was not allowed to tour in Finland. Ajankohtainen kakkonen, a Finnish talk show, portrayed Sex Pistols as a group of criminals, and their fans as wearing “fascist uniforms”. London correspondent Erkki Toivanen made a news report of London punk fans and explained the social background of the punk movement in a much calmer manner.