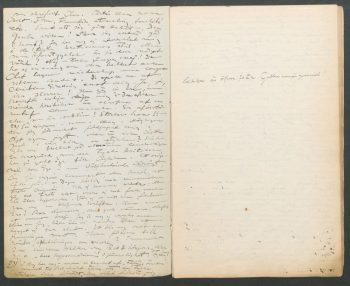 Pages from the Diary of Jean Sibelius

The Finnish National Archives hold the archives of Finnish composer Jean Sibelius. Part of this collection is the diary of Jean Sibelius from the years 1909–1944.

In its pages Sibelius writes of colleagues from the music world, topical events and the everyday life of his family, but also losses and hardships, both financial and artistic.

In August 1911 Sibelius is upset about the review of a German critic, and is frustrated of the slow progress he is making with his compositions. In the end of the entry he is consoled by the friendly letter he received from Rosa Newmarch. 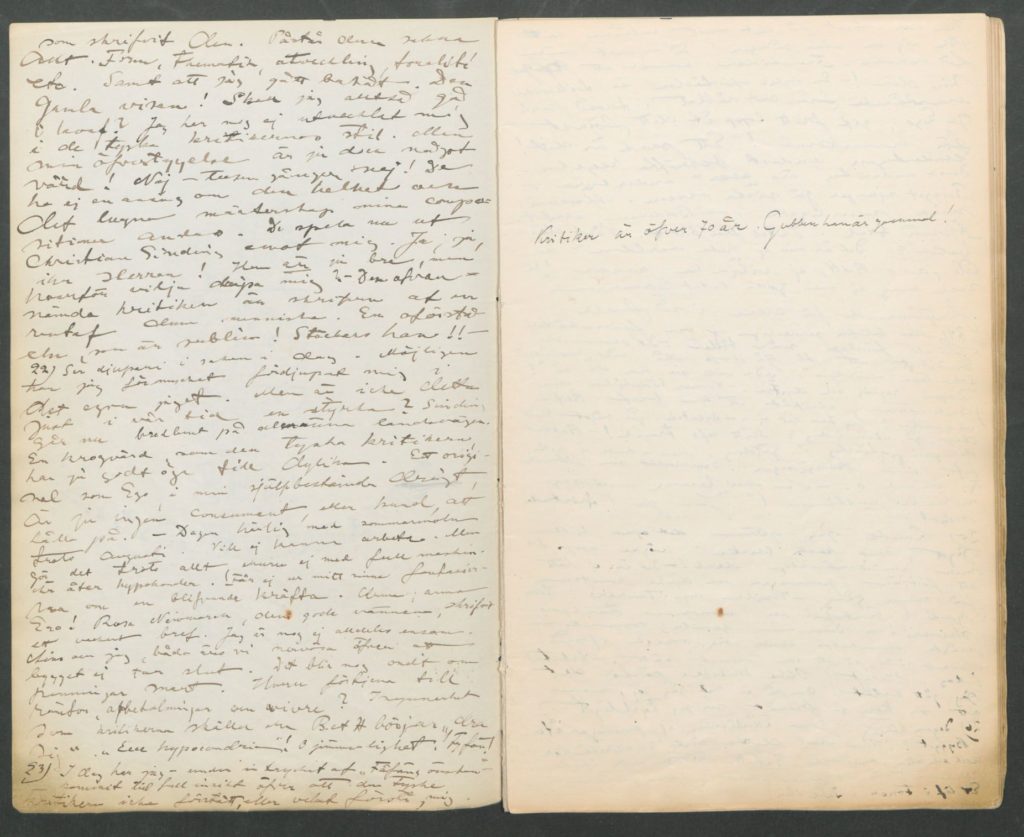 In September 1920 Sibelius writes that he accepted an offer for three concerts in London in February 1921. Rosa Newmarch helped convey the offer for Sibelius, as the telegraph reveals. Sibelius performed in London several times and the February concerts were a success. 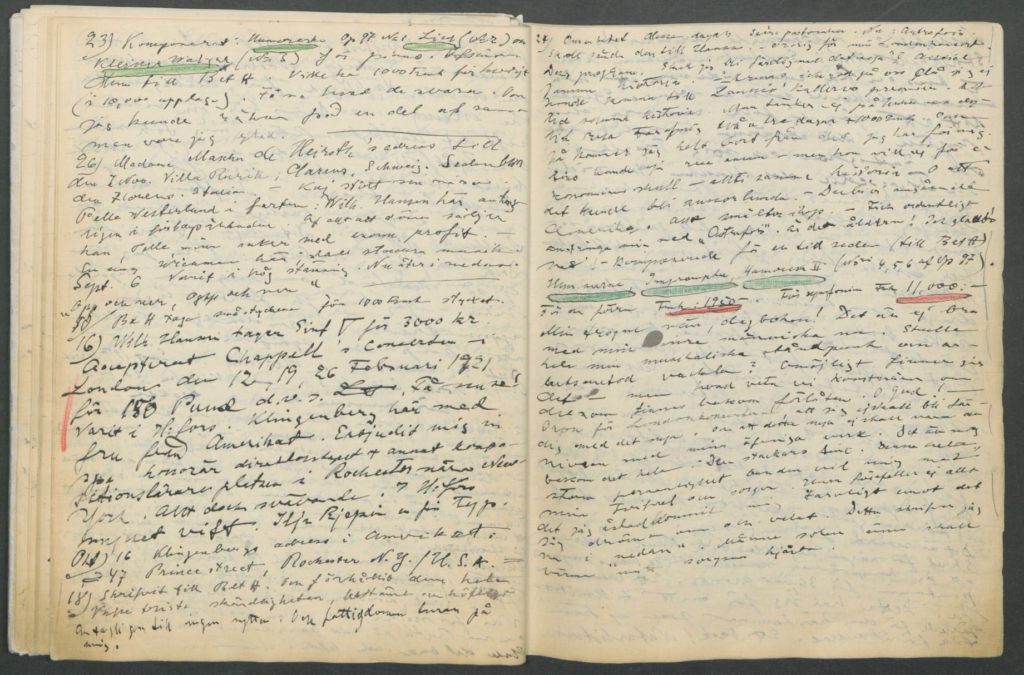