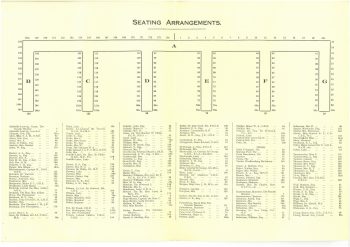 A banquet to celebrate Finnish independence day was organised in Hyde Park Hotel during Eljas Erkko’s time as Secretary of Legation in London, on 6.12.1926.

The seating order shows the event’s impressive gathering of influential guests. The banquet was also written of in the Daily Telegraph the next day, along with a broad analysis of Finland’s development in the decade after its independence. The Finnish political situation was written of quite often in other British newspapers as well, and the analyses were versatile and well informed. 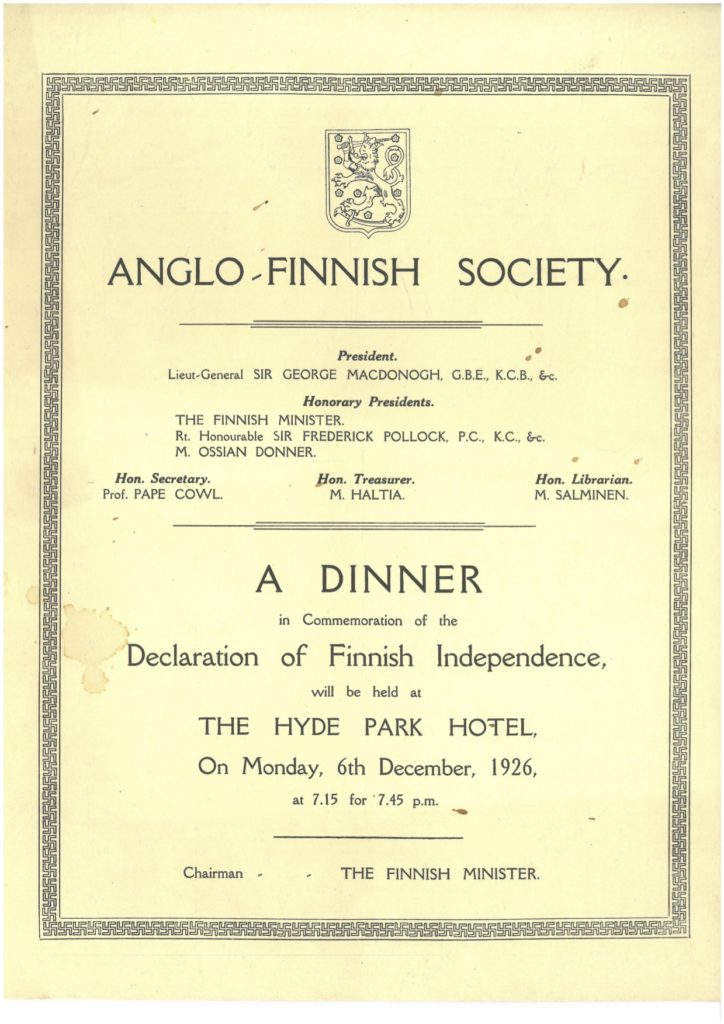 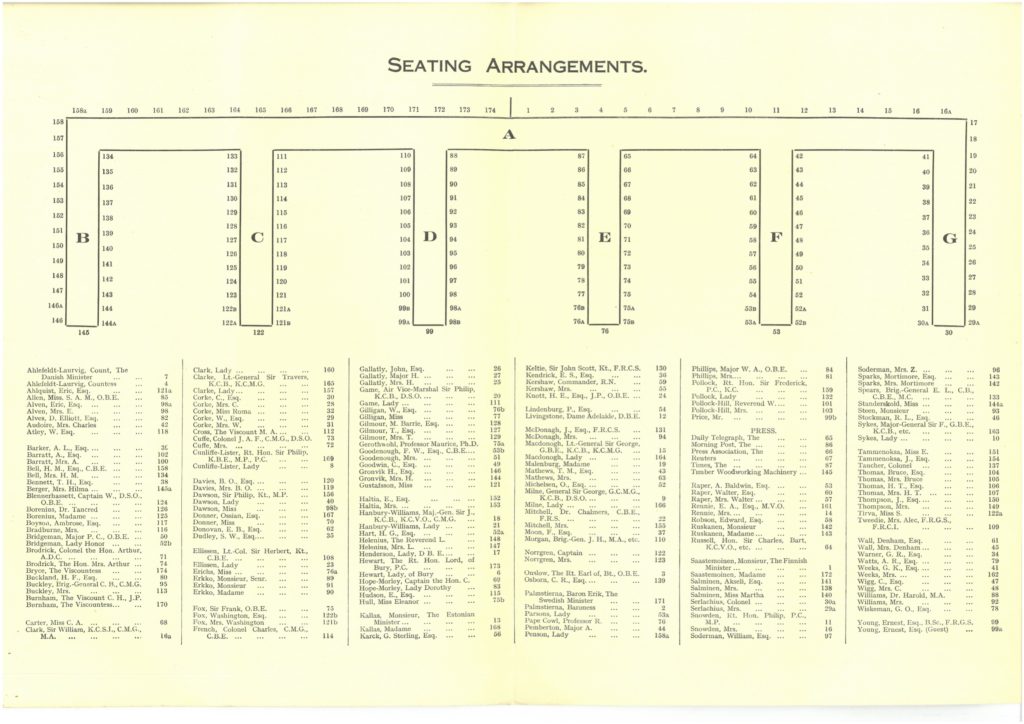