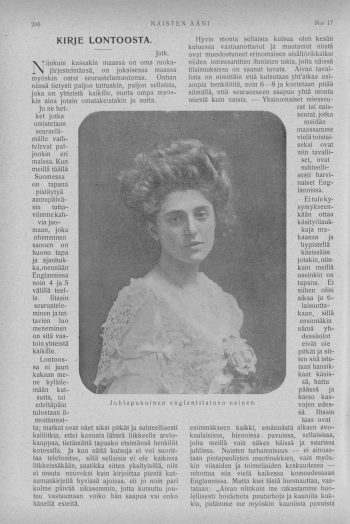 Maikki Friberg (1861–1927) was a Finnish suffragette, activist, geography teacher and journalist. She is best known for her work as chair of the Finnish Feminist Association Unioni and the editor in chief of the Women’s Voice – a magazine she founded. She also worked actively with education, the peace movement and the temperance movement in Finland. She used her extensive international networks to convey European trends to Finland, but she also made Finland more known abroad.

In 1909, Friberg published a series of articles with the title “Letter from London” describing life in London. Click the links to read each description.

Letter from London 1.7.1909. Maikki Friberg in East End. Letter in which the writer describes the East End and the London tube, along with a picture of the latter.

Letter from London 1.8.1909. On raising children. Letter including, among other things, remarks of the English way of bringing up children.

Letter from London 1.9.1909. Social Life in London. Letter is continued with an account of high society life. 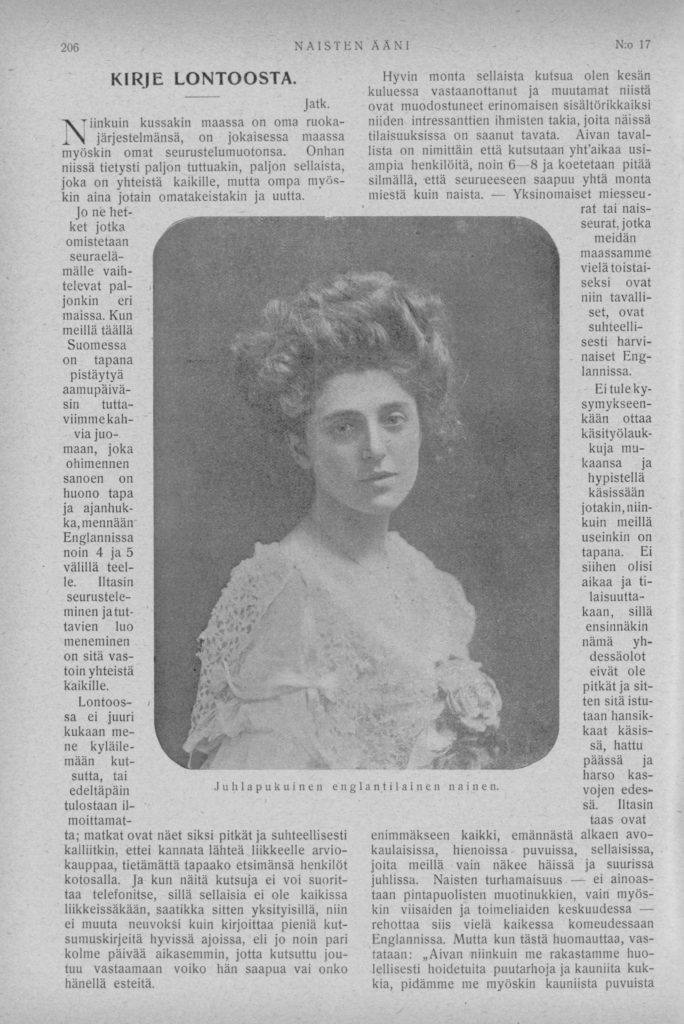 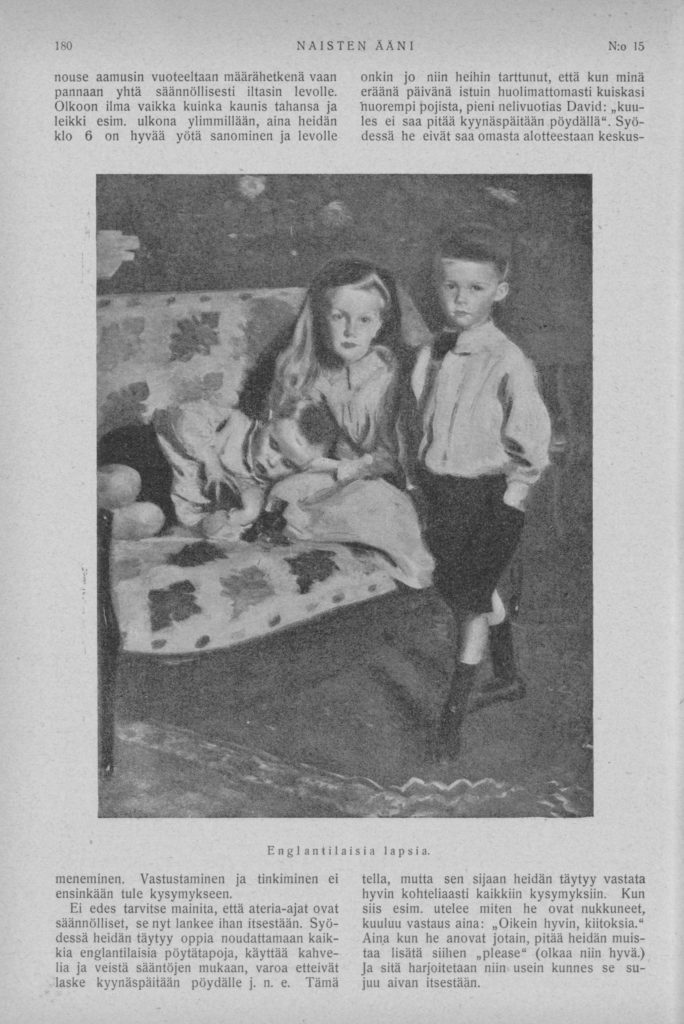