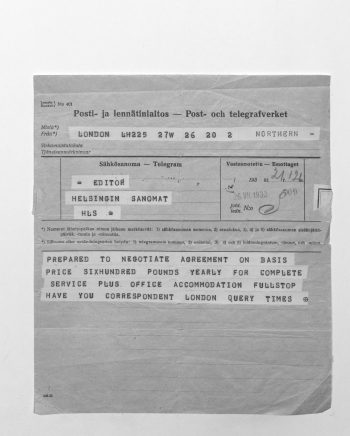 Correspondence Between The Times and Helsingin Sanomat Before WWII

In the beginning of the 20th century, the foreign news coverage of the Finnish newspaper Helsingin Sanomat was based on the information provided by national and international news agencies and the work of part-time assistants of the newspaper. The development of technology improved and created new possibilities for fast ways of communication. 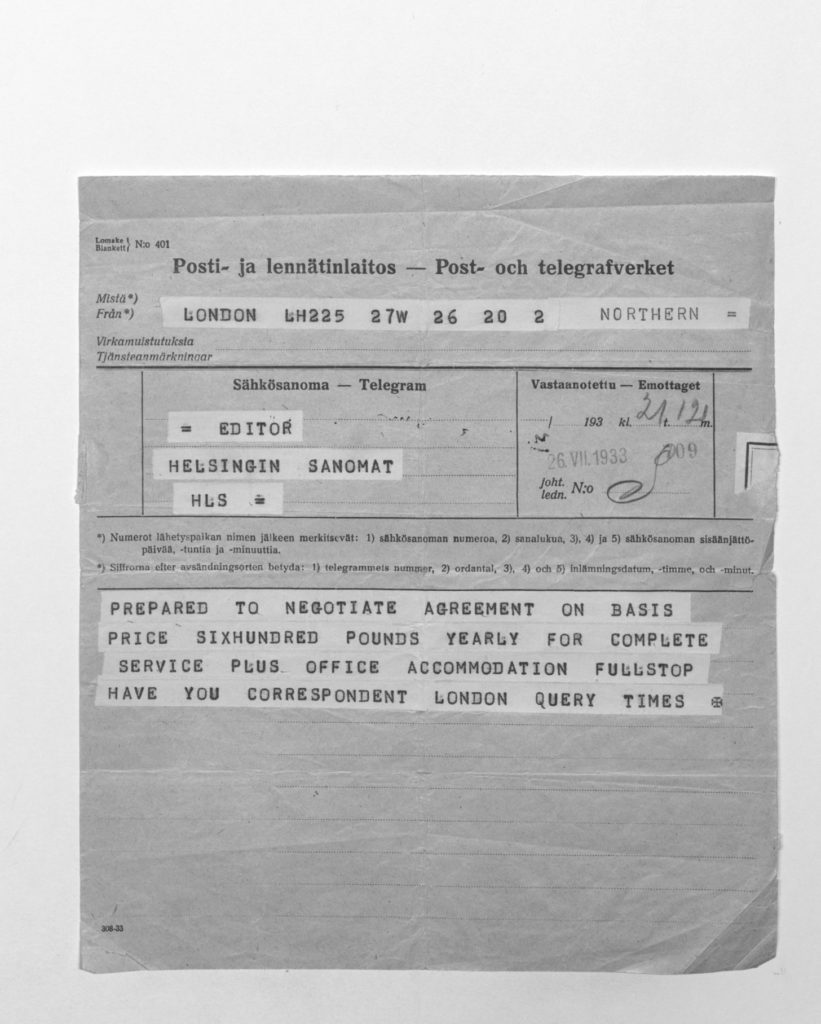 As news agencies began to compete with the speed and quality of foreign news coverage, Helsingin Sanomat also began to develop its network of foreign correspondents. From the beginning, London was deemed one of the most important posts, due to its social and political status and its importance as a focal point of European and global diplomacy. 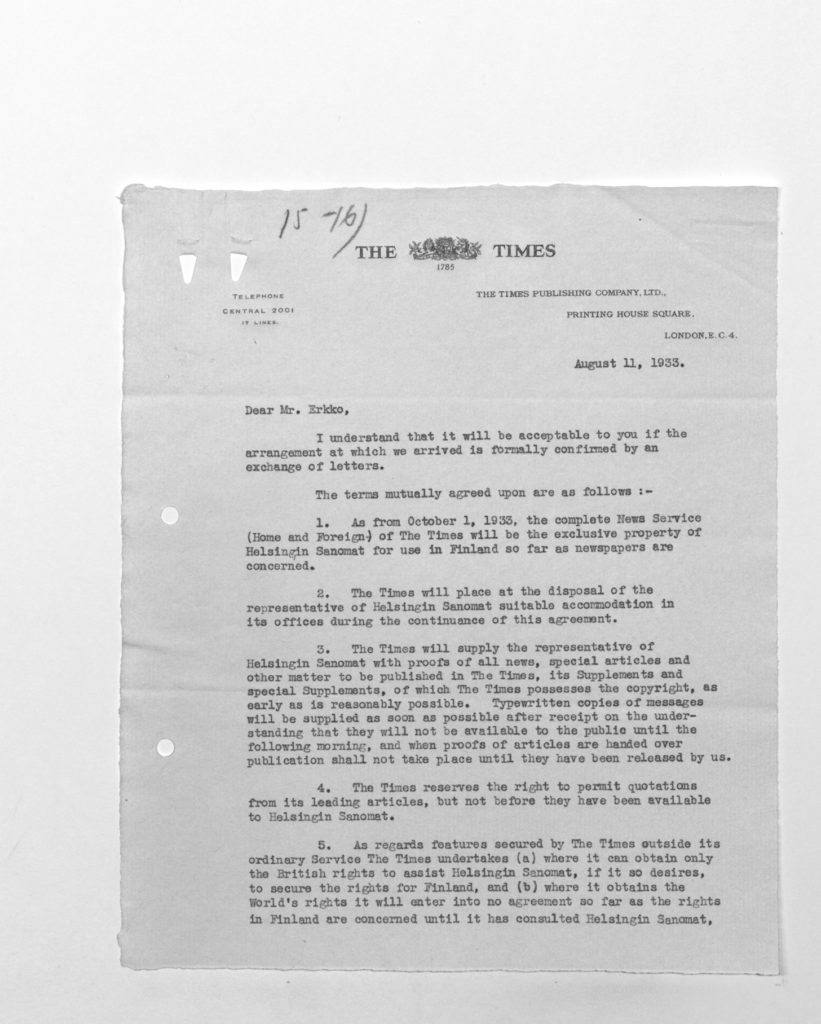 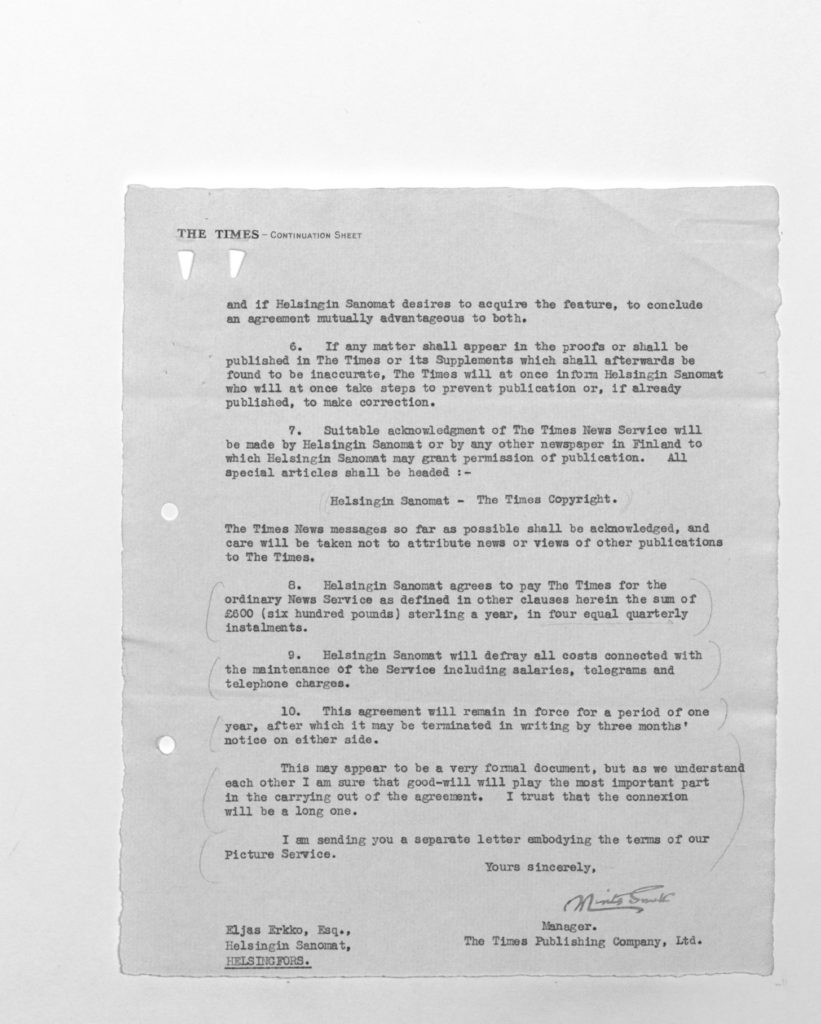 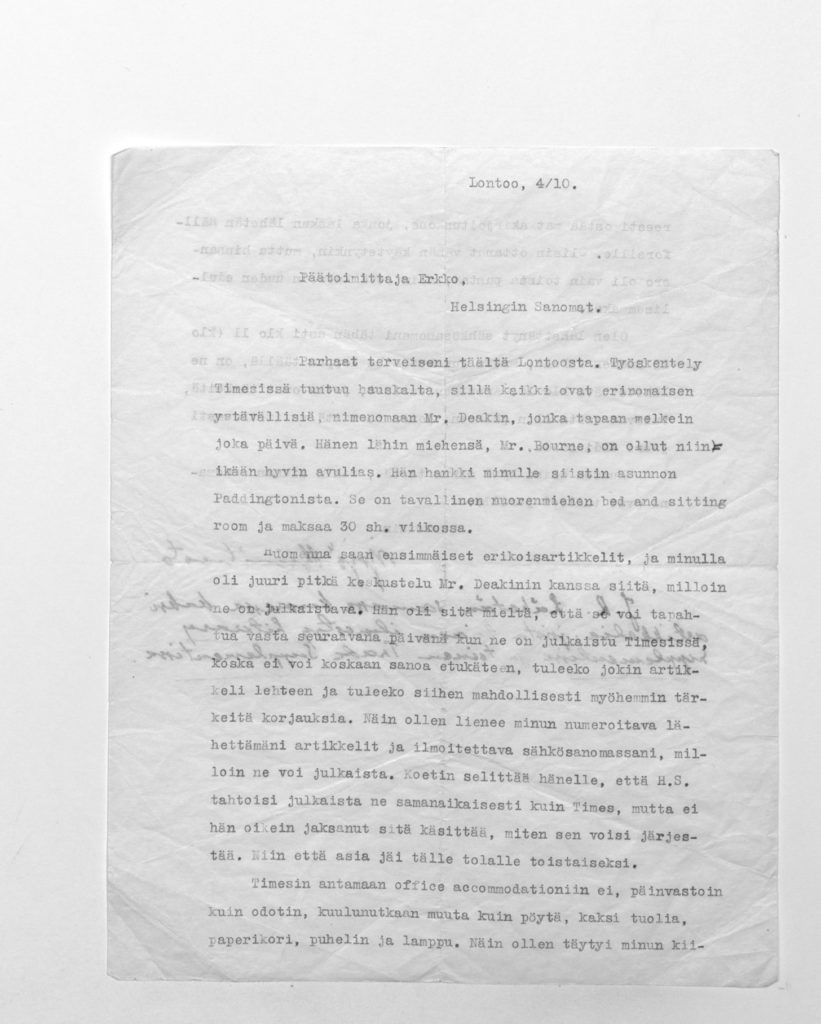 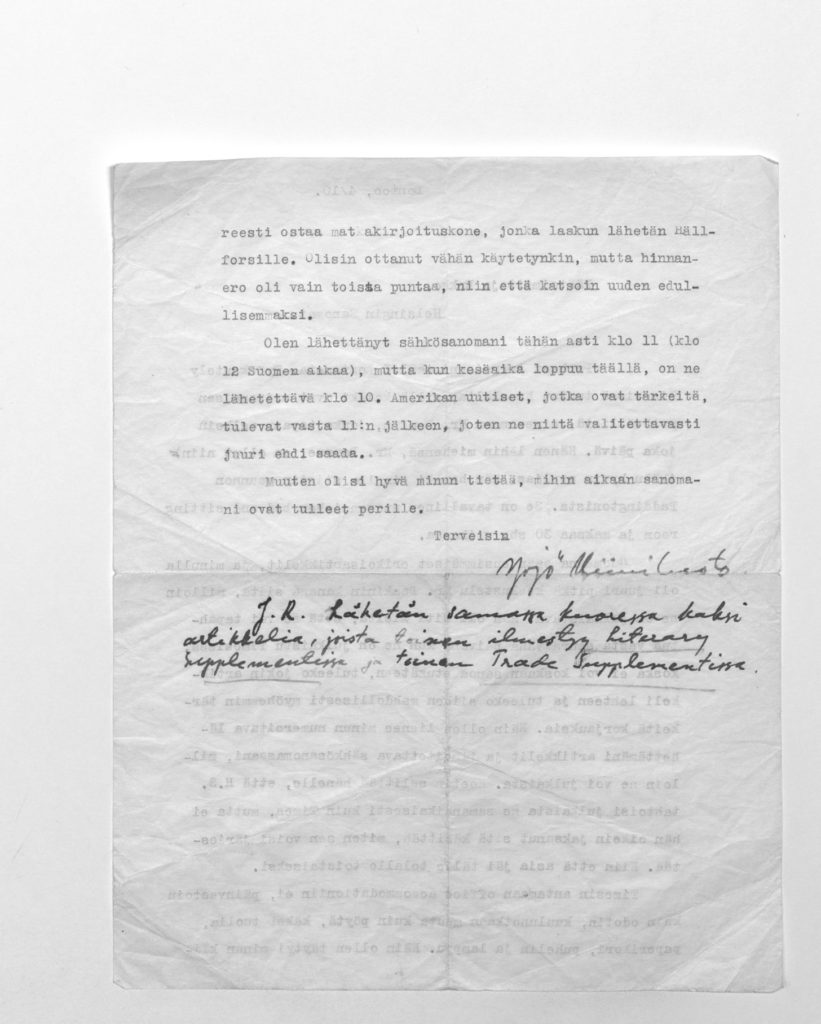