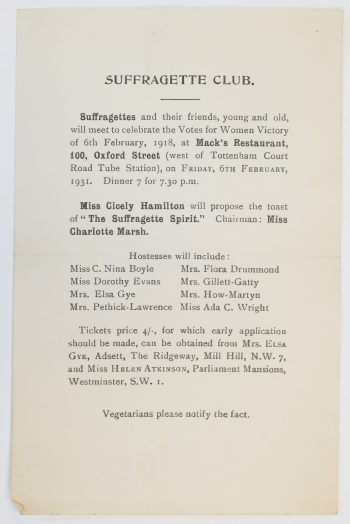 Invitation to a Finnish politician Aino Malmberg to the annual celebration of Votes for Women Victory.

Author and politician Aino Malmberg (1865–1933) was forced to leave Finland for England in 1910 after having participated in actions against the Russian government. Malmberg was called often an “unofficial diplomat.” Her personal contacts many times helped her further than was possible for the official diplomats. 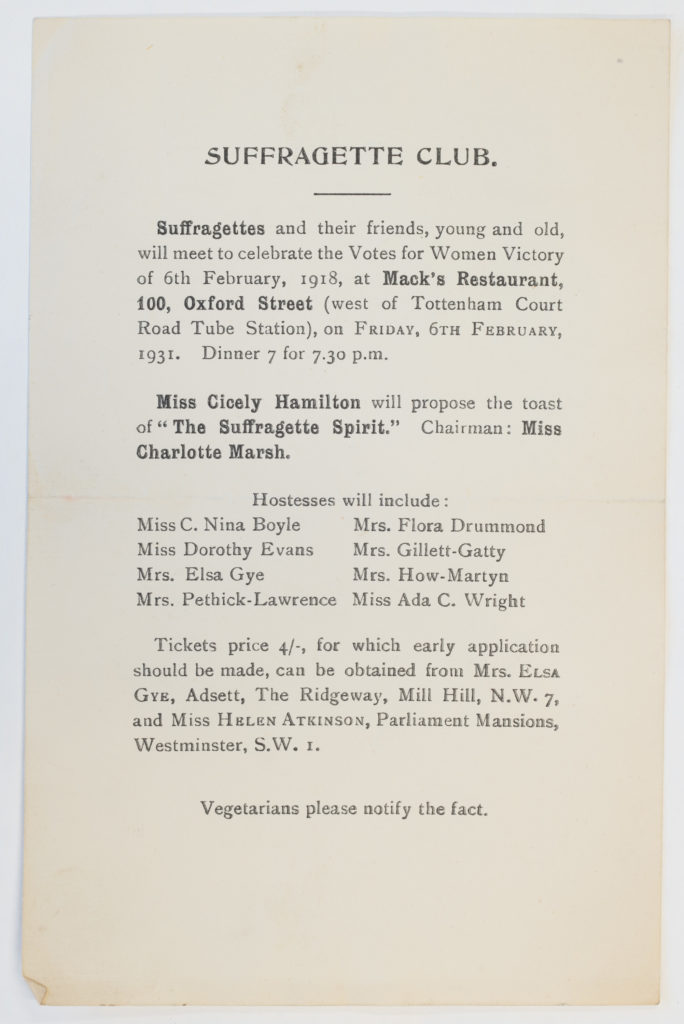 Miss Cicely Hamilton will propose the toast of “The Suffragette Spirit.”