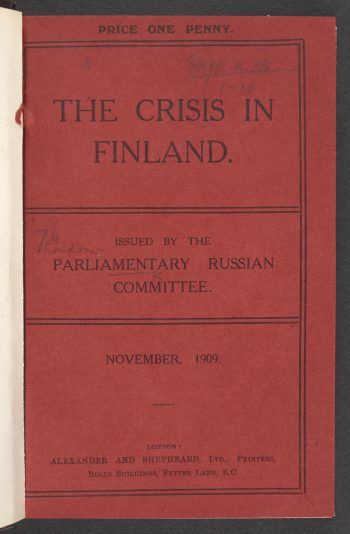 The Crisis in Finland

Awareness of Finnish national culture among Brits did not expand significantly until the end of the nineteenth century, when the media began to pay attention to the Tsars’ russification project. After Finns’ unsuccessful attempt to influence the Tsar’s decision, a widespread European campaign was launched in favour of Finnish protests against the Russians. Finnish journalists as well as representatives of science and art appealed to their foreign colleagues and acquaintances for help and support. As a result, the intellectual elite and active representatives from various states of Europe, including Great Britain, started to support Finns’ rights and privileges.

Excerpt from the pamphlet: “The brief sketch of Finland’s relations to Russia during the last hundred years has shown the rights and concessions on which the autonomous position of the country depends for legal sanction. It has shown the first attempt at Russification under the tyranny of Plehve and Bobrikoff, and how the attempt collapsed. It has shown the renewed endeavours of the Russian reactionaries to suppress the ancient liberties of Finland, and to reduce the country to a mere department of Russia’s administration. It has been sought to accomplish these objects by conferring the Tsar’s Council of Ministers in Russia the ultimate control of Finnish affairs, in so far at least, as they can be interpreted to concern the Empire; by appointing Senators unsympathetic to Finnish nationality; by imposing a military taxation without consulting either Finnish Senate or Diet. In common with the Finns of every party and many leading jurists of Europe, we believe these measures to be unconstitutional, as being opposed to the right conceded at the Diet of Borgo and the established liberties of the Grand Duchy. Finland may not be absolutely destroyed in the immediate future; her inhabitants have a inexhaustible stock of passive resistance; and as much as the Russian Government desires to urge them into violence, we may hope they will maintain their dogged attitude of stolid desperation, rather than throw themselves into futile attempts at armed resistance. “ 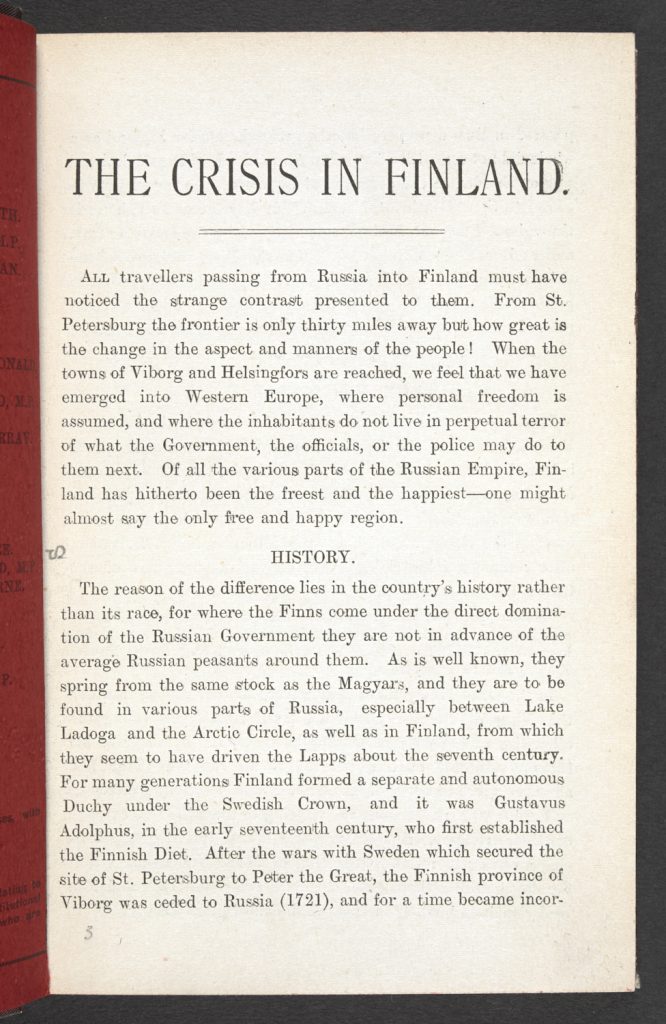 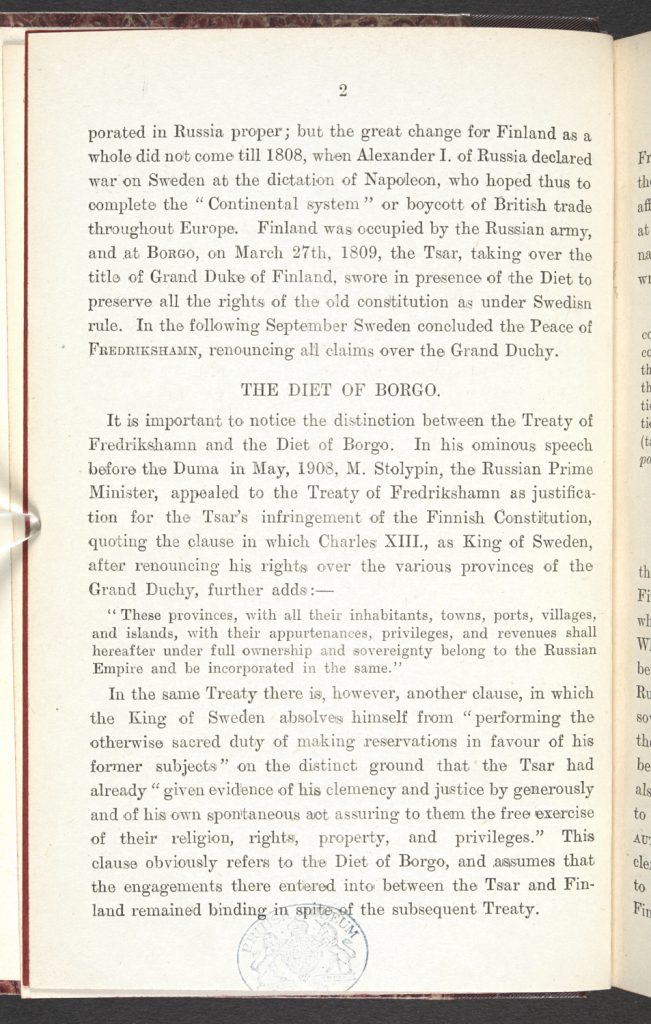 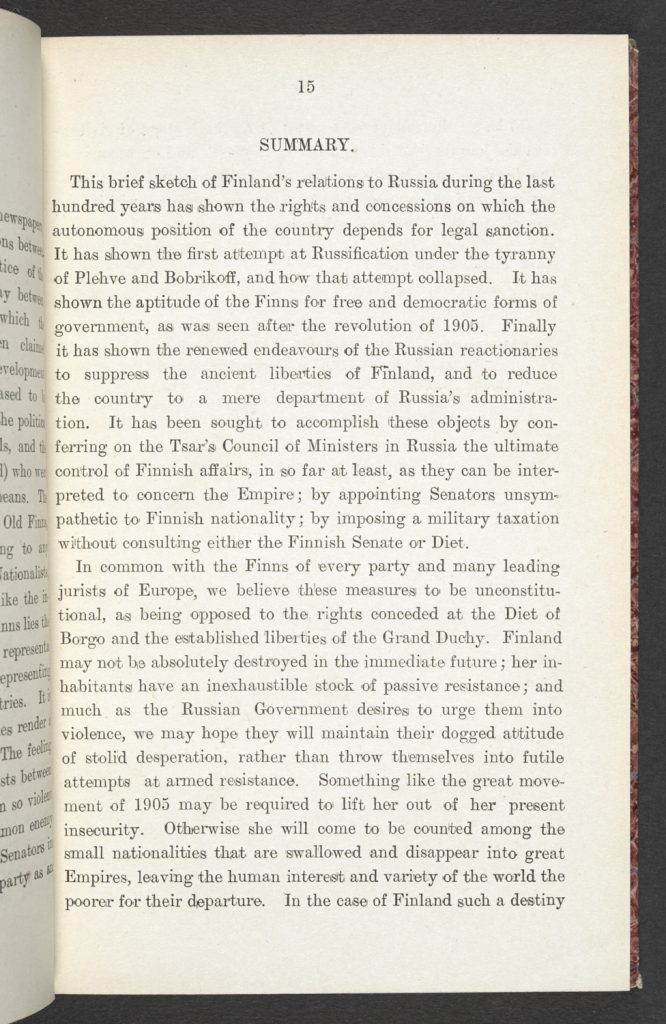