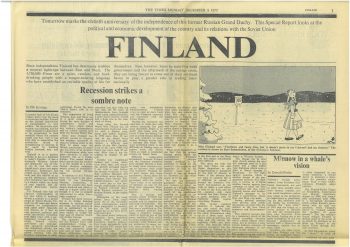 The 60th Anniversary of Finland’s Independence in The Times

In 1977 The Times published a special edition in celebration of Finland’s 60 years of independence. The edition focused on Finnish society from a political and economical point of view.

Several journalists contributed to the edition, but a central person in creating the edition was Olli Kivinen, who had worked as London correspondent for the Finnish newspaper Helsingin Sanomat 1965–1970.

His analytical article of the economic situation in Finland in the grip of the depression of the 1970s received much attention in the special edition. The illustration of Kari Suominen, portraying the Maiden of Finland, who, despite the difficult times was still doing well, was combined with the article. 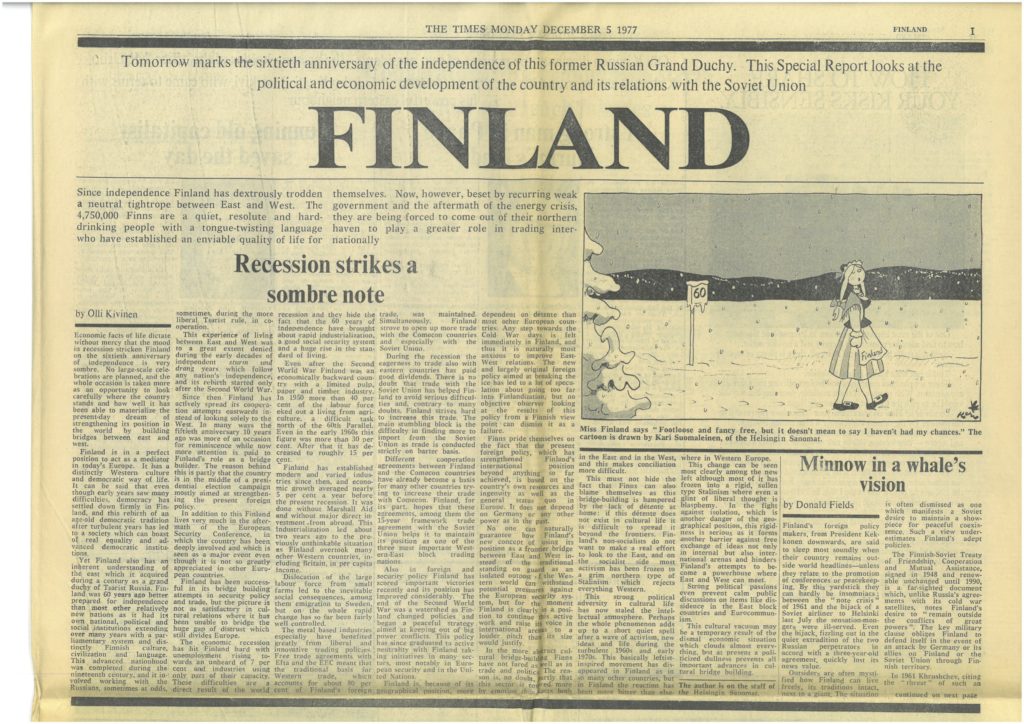 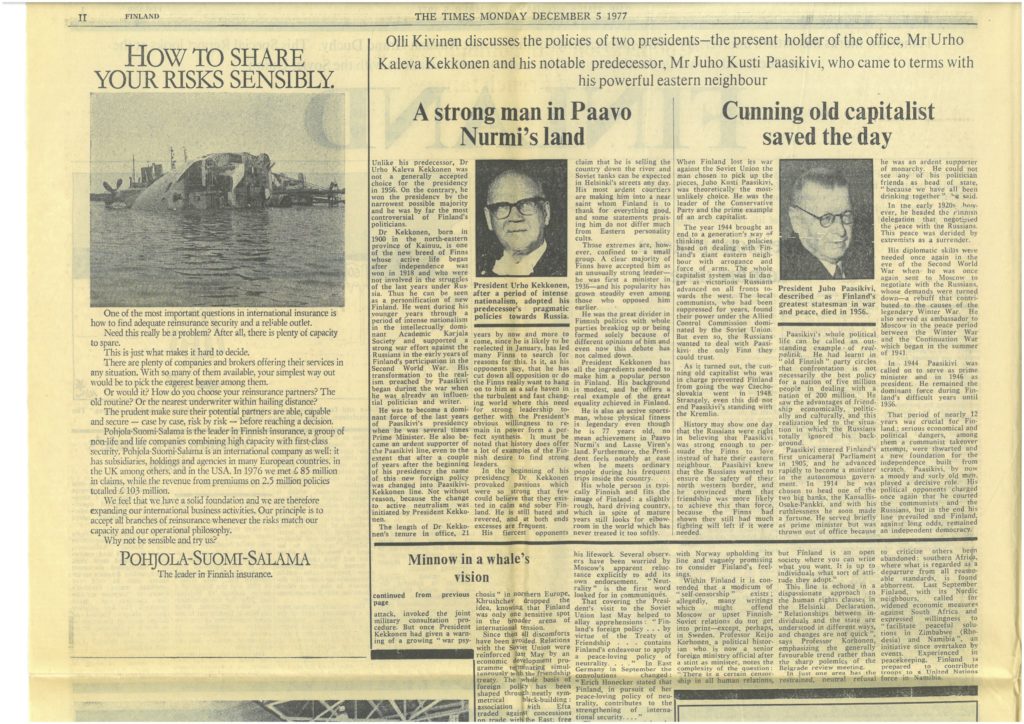