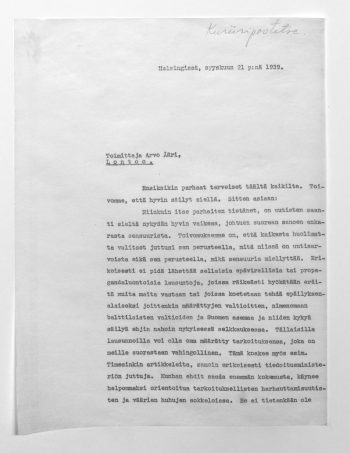 During the Winter War (1939–1940), Arvo Ääri, who had also been trained as a reserve officer, was the London correspondent of Helsingin Sanomat. There was talk that as reserve officer he would have to return to Finland, but in the end he was allowed to continue his term in London, on the grounds that his work there was determined so valuable for Finland in the uncertain circumstances.

During the war, censorship and propaganda made the journalist’s work difficult, and in this letter dated 5.10.1939 his editor advices him to avoid rumours and false information.

“First of all, everyone here sends you best wishes. We hope you are well over there. Then to the point: As you best of all know, it is extremely difficult to get news from over there nowadays, due to the strict censorship. Our wish is, that despite all this you pick your stories based on their news value and not what pleases the censorial.” 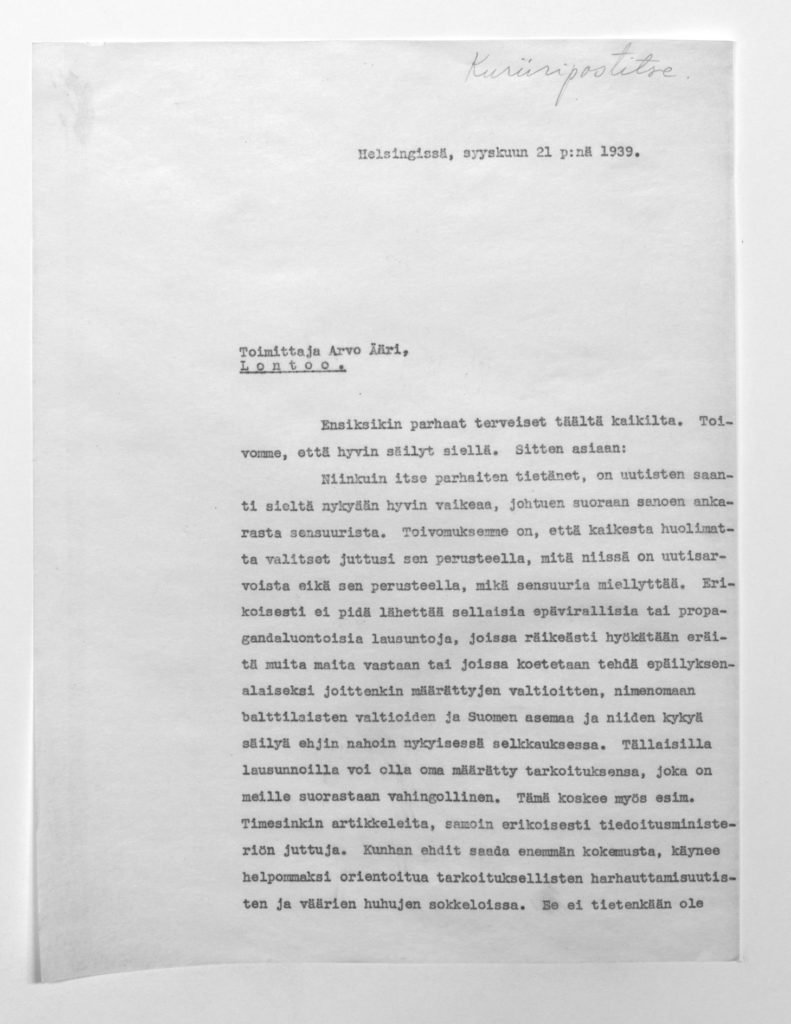 “Usually it is best if you are as concise as possible in your telegrams, because they are very expensive. It would be best that you use what ever time you have to write longer descriptive pieces, which you deliver here by one way or another. It shouldn’t be impossible, because Scandinavian journalists at least have managed to get their pieces delivered in the mail. However, your ordinary letters apparently don’t come through, except for one or two exceptions.” 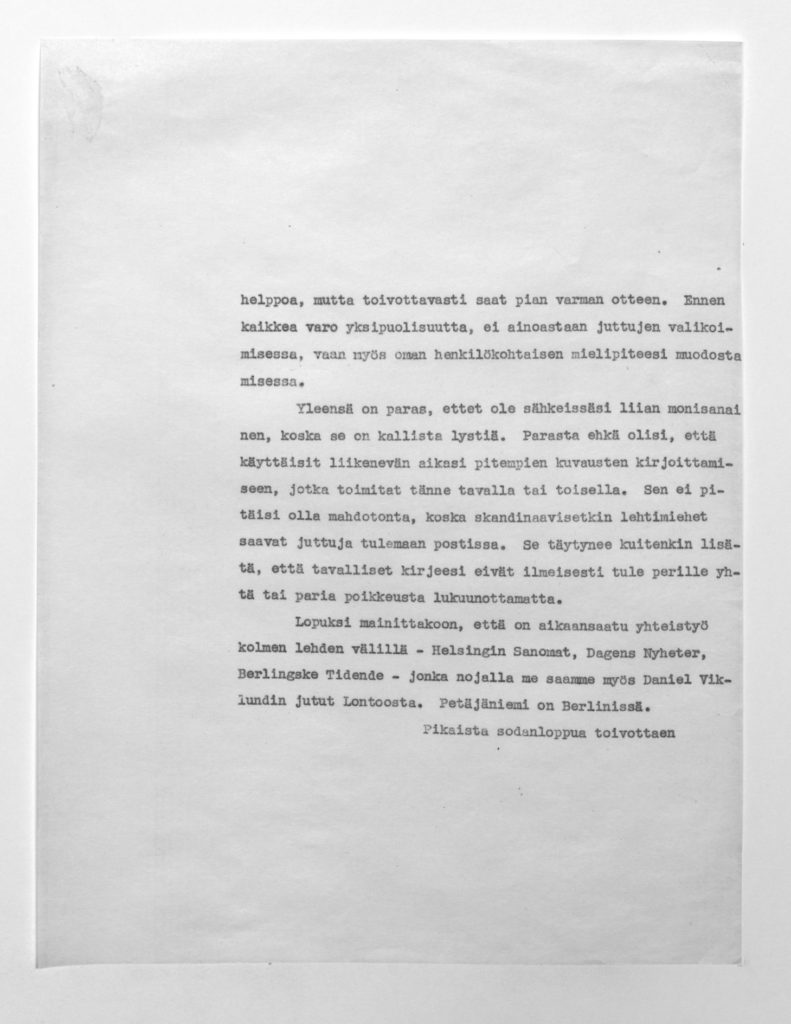