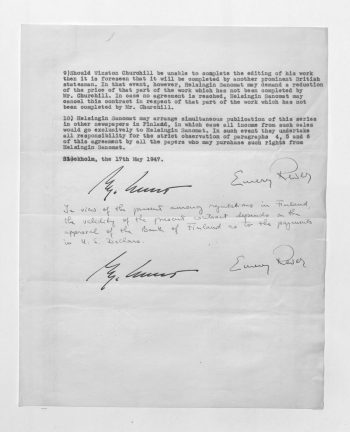 Sir Winston Churchill’s memoirs of the Second World War were heavily published in his lifetime and the publication process started quite soon after the war. The memoirs consisted of six volumes, and during 1948–1953 the Finnish newspaper Helsingin Sanomat published articles about the memoirs.

The chair of the executive board of the Sanoma media company, Eljas Erkko, corresponded with Emery Reves of the International Co-operation Press Service about publishing a Finnish edition of Churchill’s memoirs.

The publication process was long and funding problematic to secure in the time right after the Second World War. At the time currency exchange was regulated, and it was difficult for the owner of copyrights to receive payments in any other currency than the British Pound. For this reason payments were delayed and had to be postponed. Eventually the publication process progressed more smoothly as the economic situation improved. 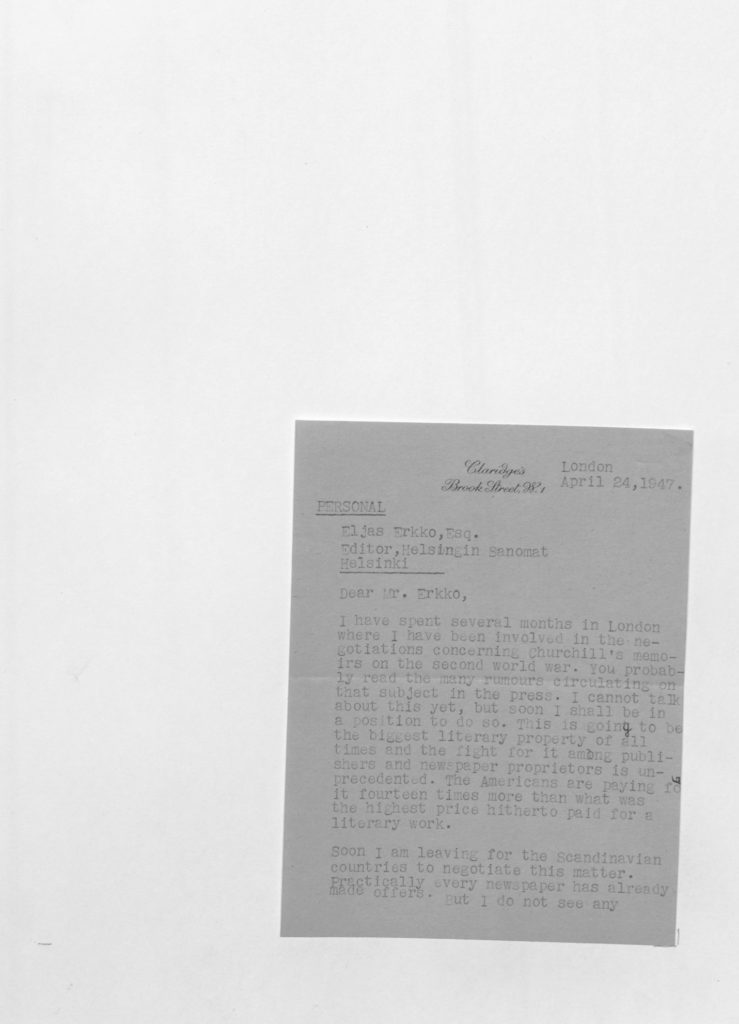 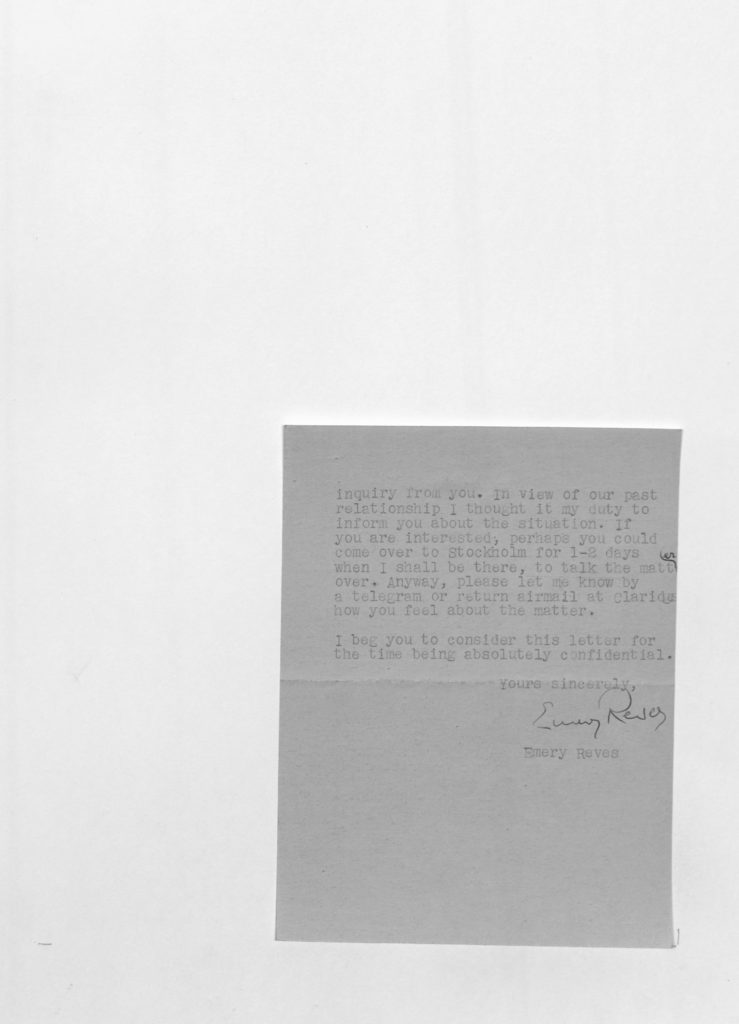 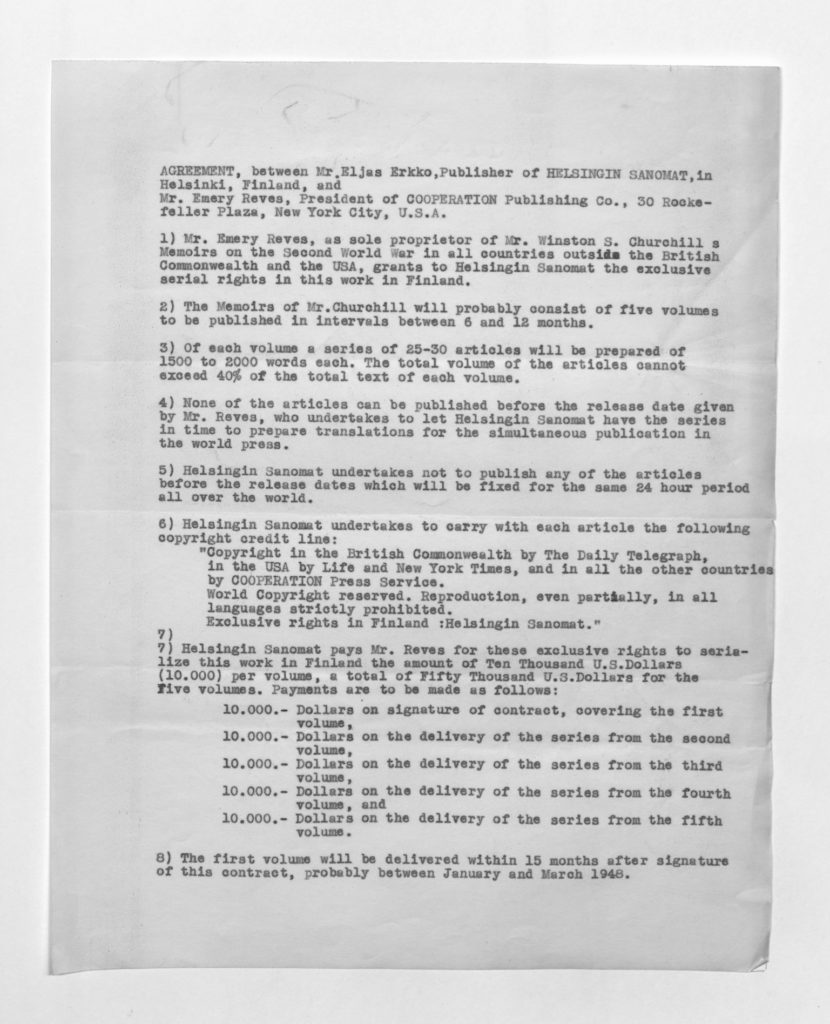 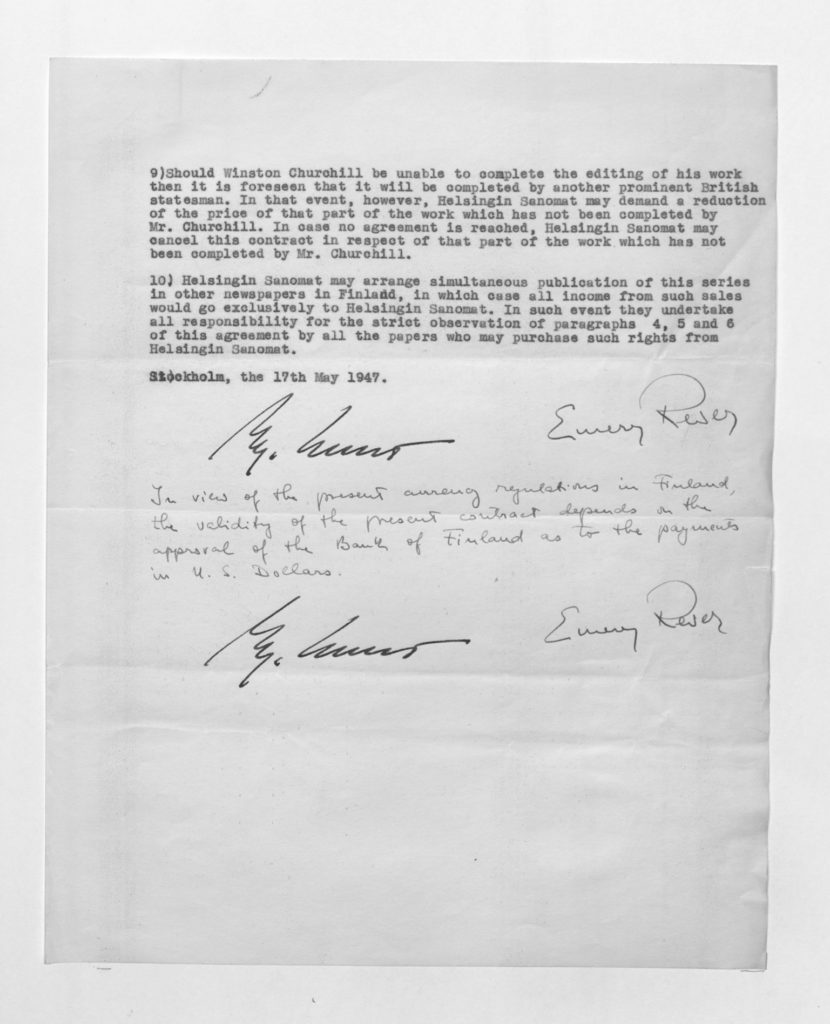