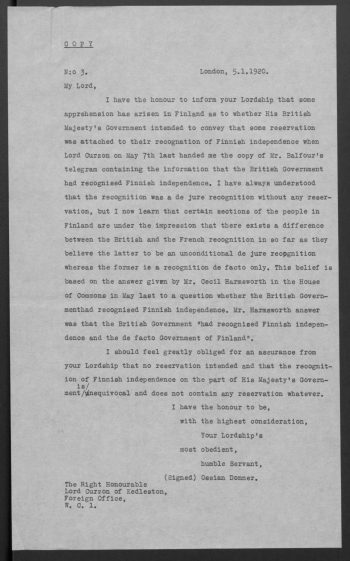 In May 1919 Prime Minister Balfour gave the Finnish parliament a statement on the issue of Britain acknowledging Finland’s independence. The developments with Russia and the situation with the Finnish civil war had created difficult circumstances, and Britain deemed it unwise to destabilise the situation by acknowledging the independence of Finland.

The statement includes a condition to pardon the Finns who had served in the Murmansk Legion, also known as the Finnish Legion, which had defended the Murmansk railroad along with British troops, organised by the British Royal Navy in 1918. The nature of the statement remained unclear to the recipients, and the Finnish Ambassador in London, Ossian Donner, wrote to Kedleston’s Lord Curzon, Britain’s foreign minister, in January 1920 about it. 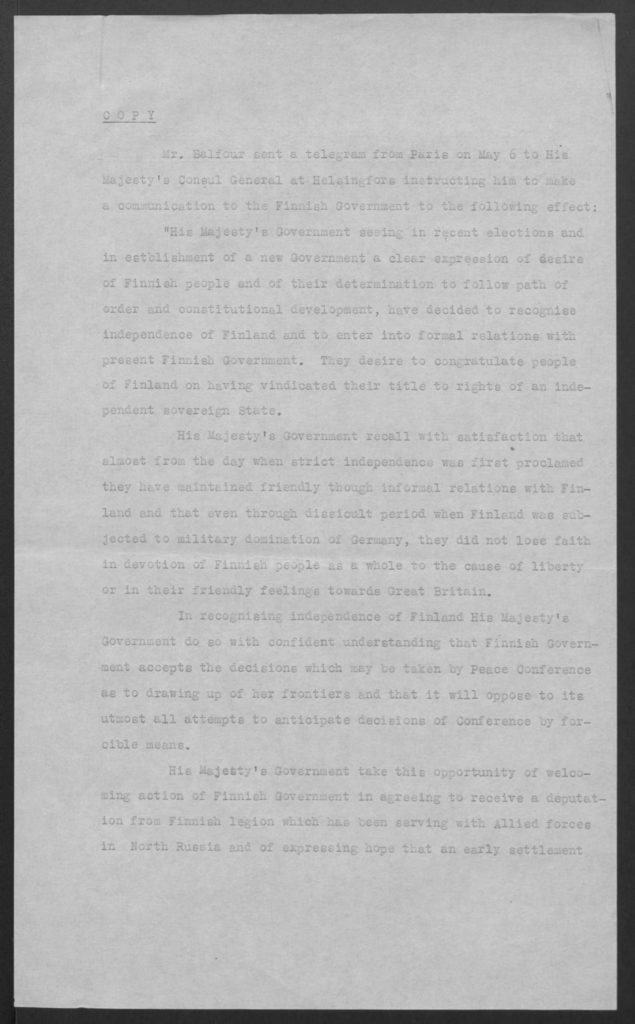 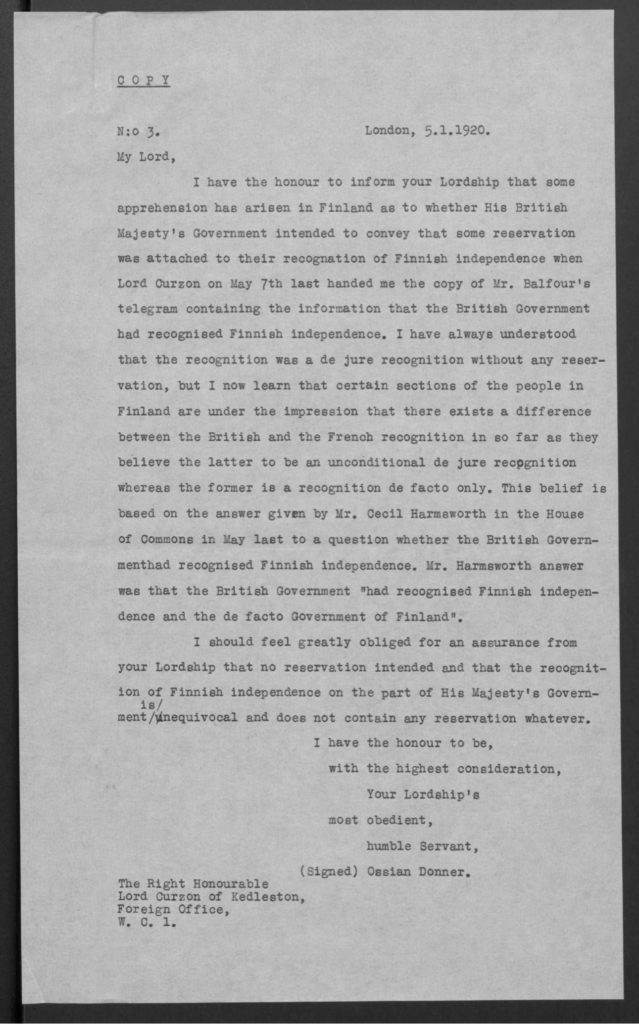