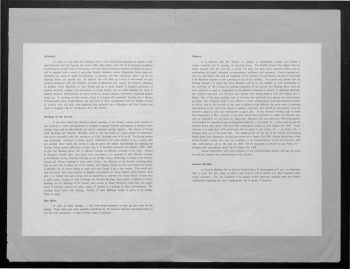 Finnish-British Society in the first decades of Finland’s independence

It was founded in 1926 by Jaakko Kahma, a business man who was a central figure in trade between Finland and Britain. In the 1930s and 1940s Eljas Erkko, diplomat and chair of the board of Sanoma media company, which owns the newspaper Helsingin Sanomat, was a member of the board of the Finnish-British Society.

The Society worked to promote awareness of British culture in Finland. The activities of the society in the 1930s included maintaining a library and reading room and organising gatherings around themes such as music, bridge and literature. 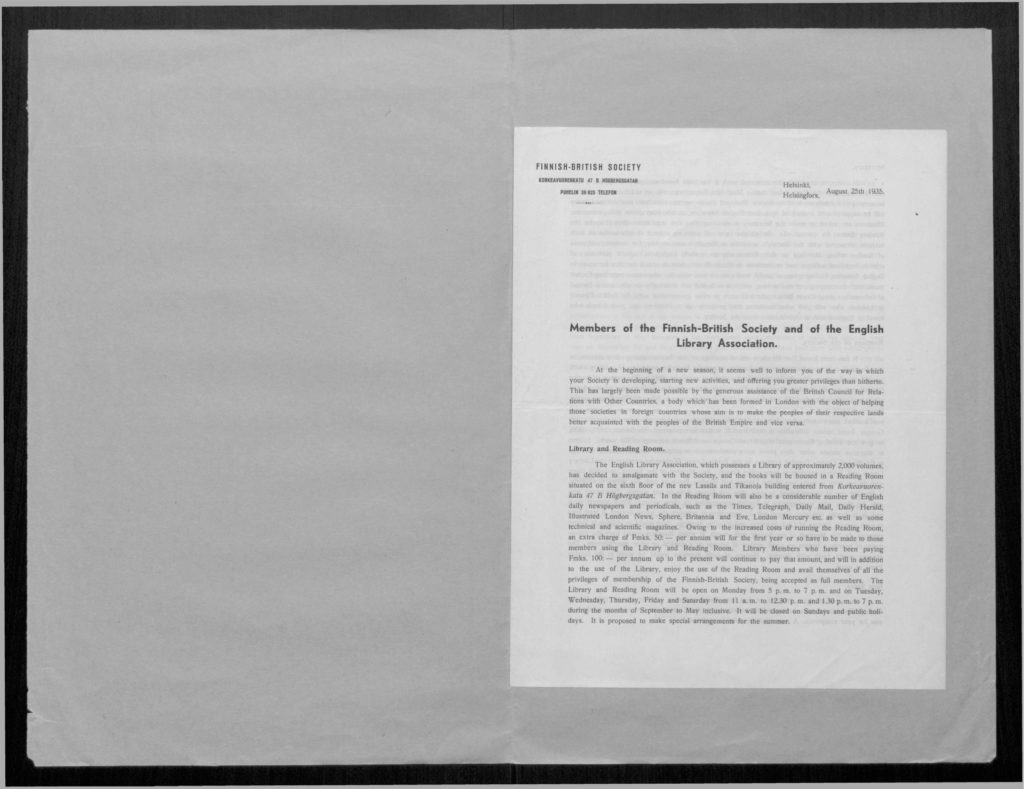 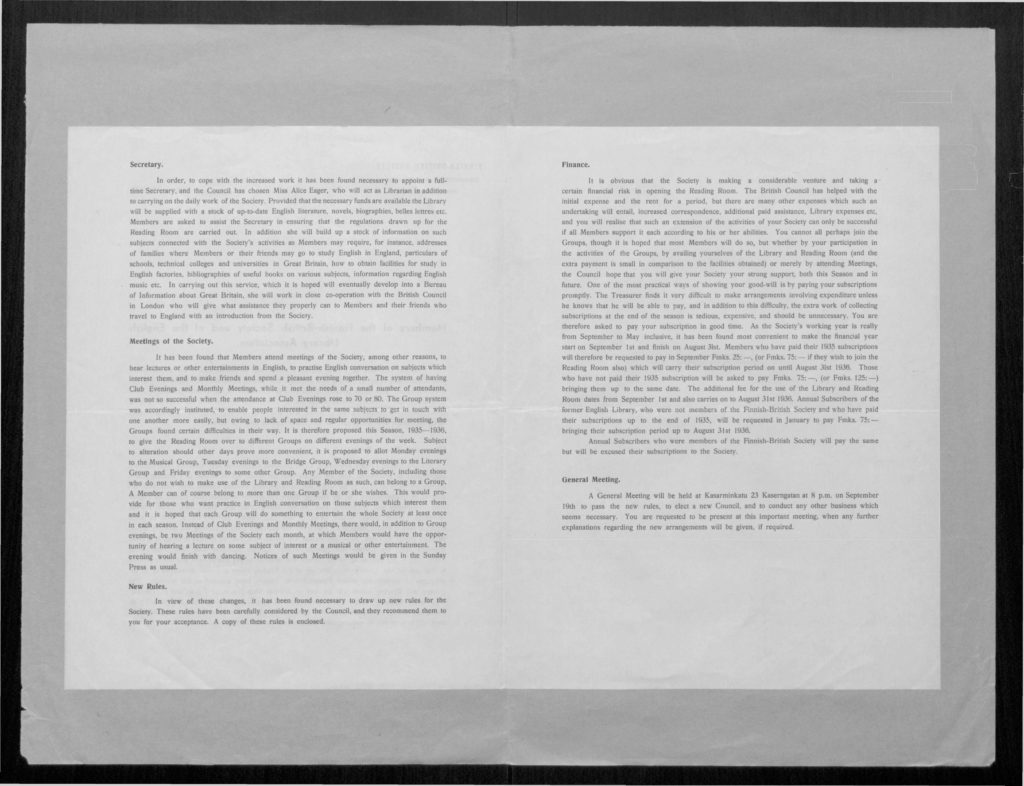 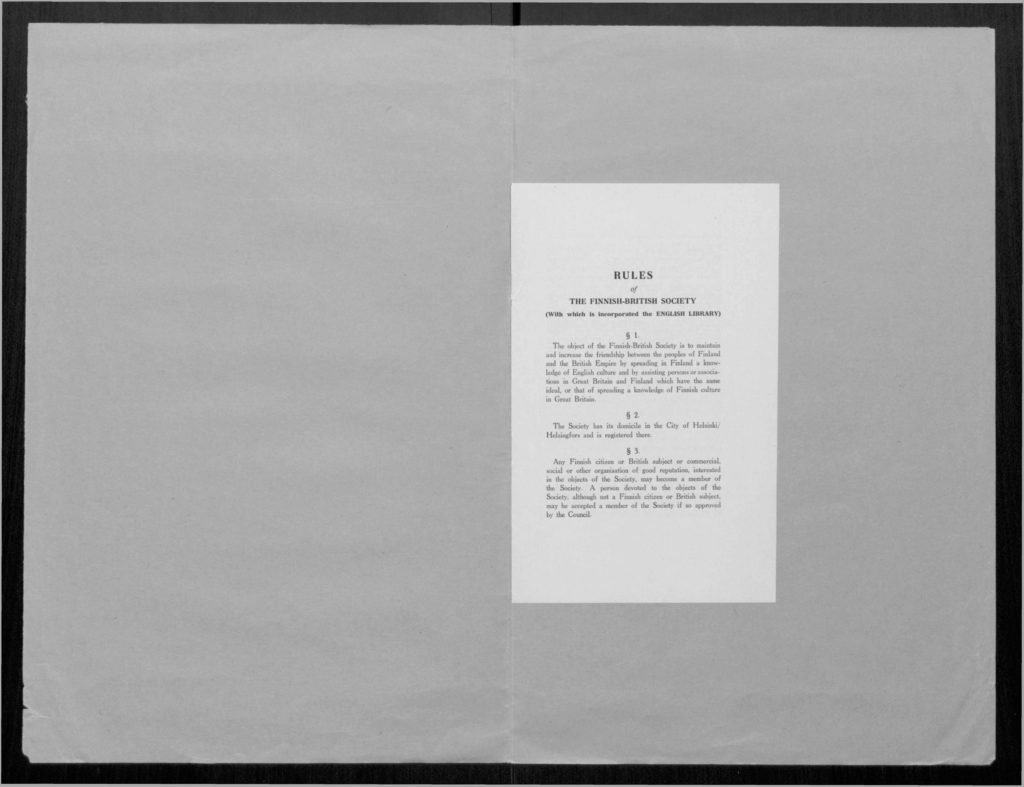 The Finnish-British Society worked in many ways to promote knowledge of British society in Finland. One way to do this was the exhibition of textbooks in English, which was opened on October 10 1936 in the Academic Bookstore, the largest bookstore in the capital of Finland, Helsinki. 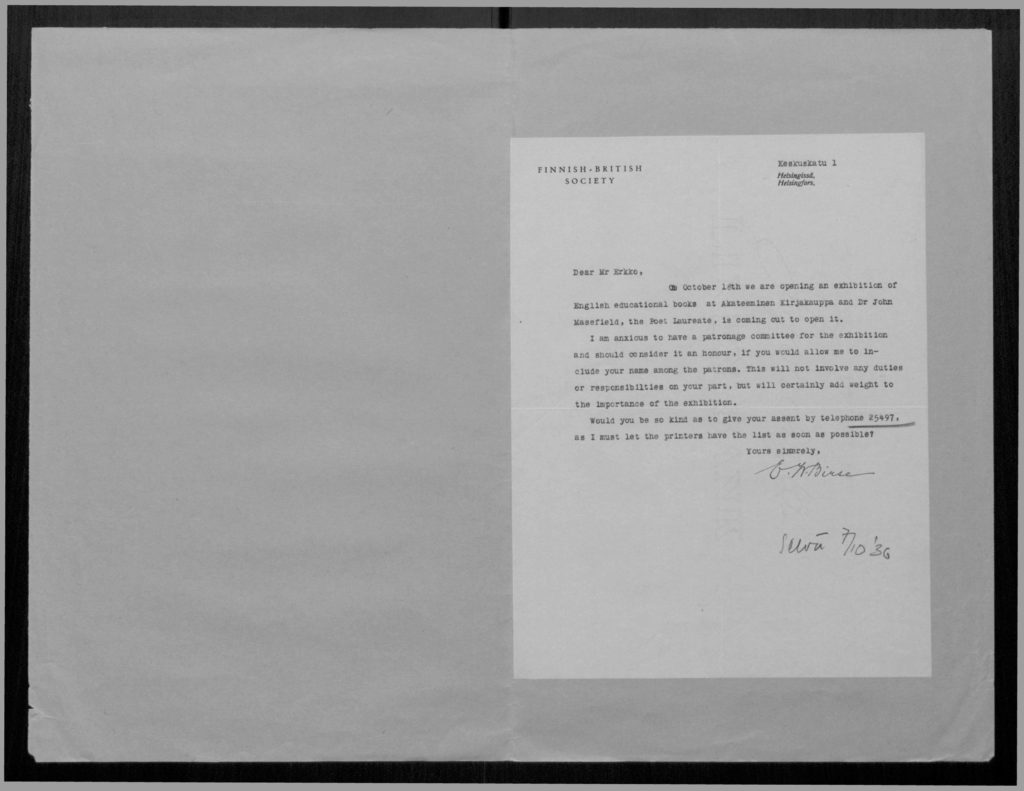 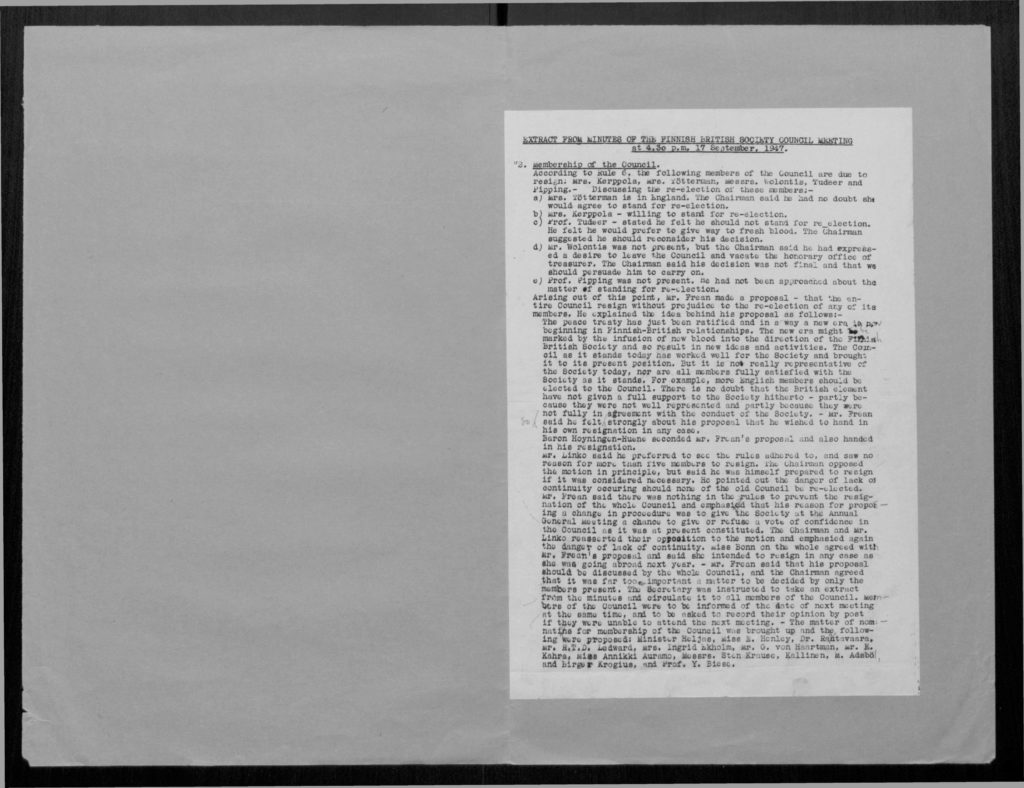 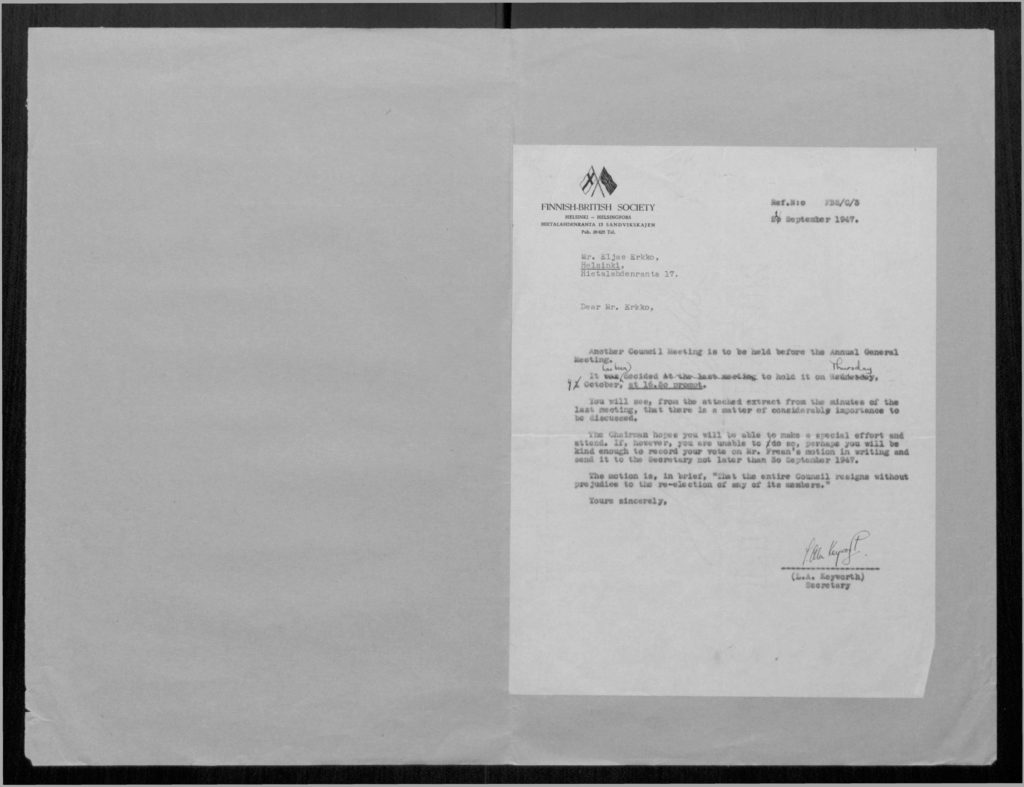 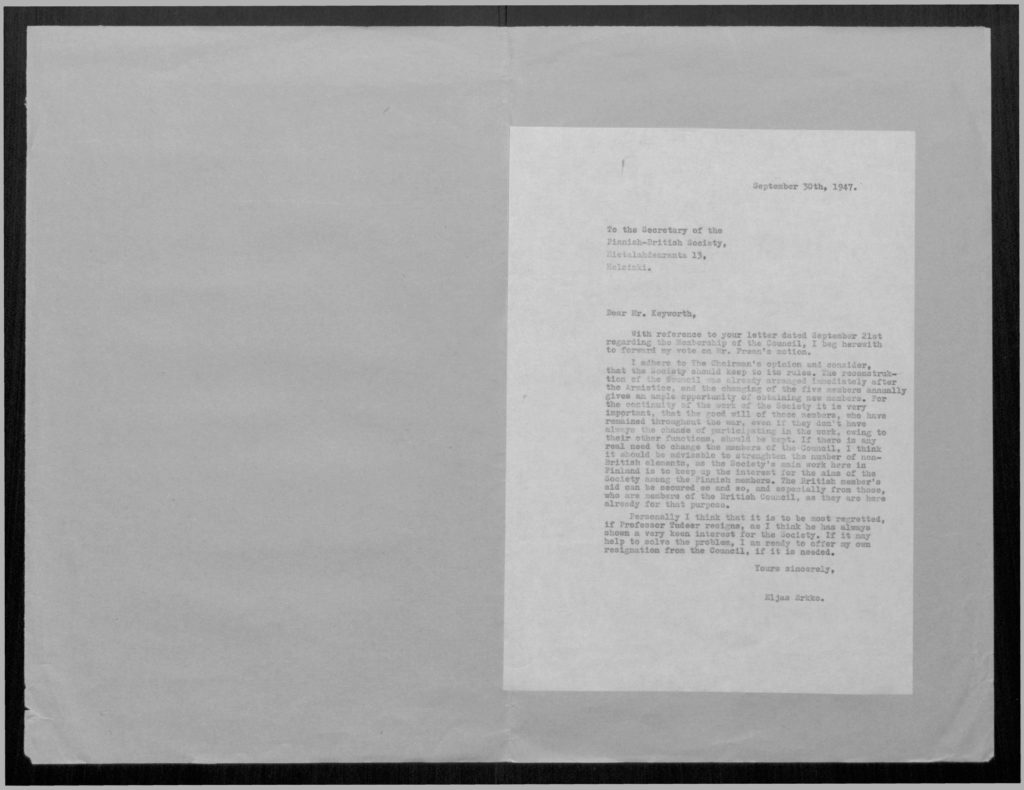