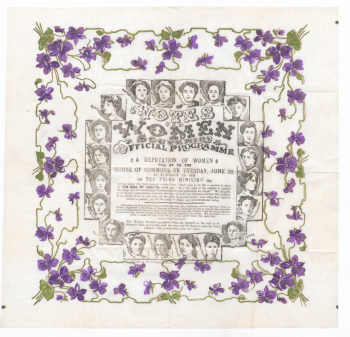 Napkin which was most probably taken by some of the members of the Finnish Feminist Association Unioni as a souvenir from the Association’s visit to London. ”Votes for women souvenir. Official programme. A Deputation of women will go to the House of Commons on Tuesday June 29. at 8 o’clock to see the Prime Minister and lay before him their demand for the Vote.” 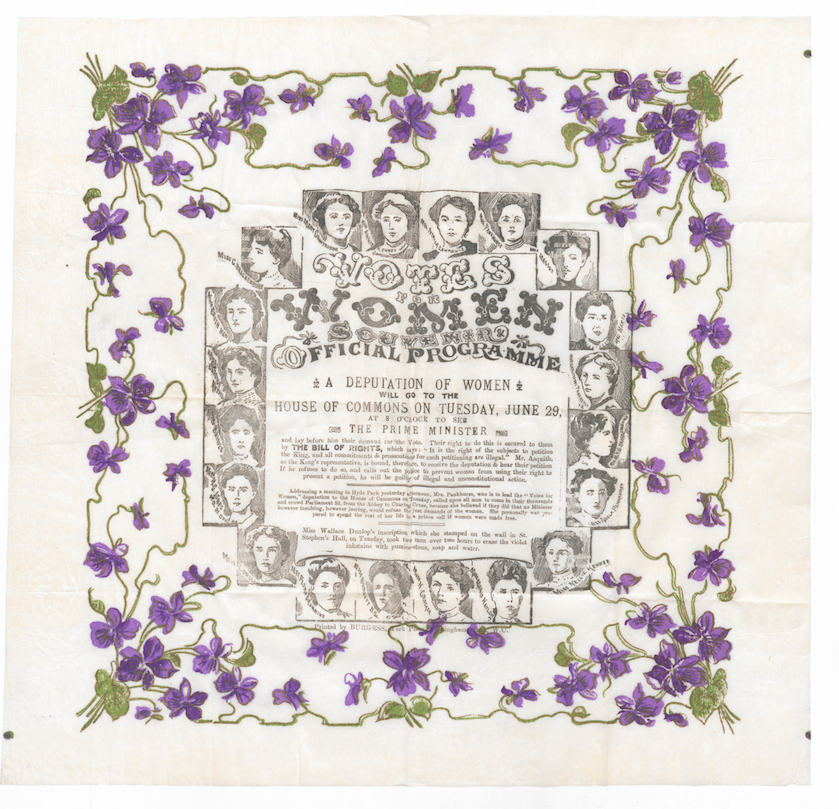 During the first years the Feminist Association Unioni focused especially on educational and vocational issues and legislation. In addition to these, many social questions were on the agenda too, such as childcare, poverty, the workers’ question, temperance and morality questions. Over the years the focus points of Unioni varied and at the end of the 1960s a new feminism with its pursuit of equality gained more emphasis. Important issues were  women’s wages and professional questions, family democracy, children’s daycare, and sexual equality.