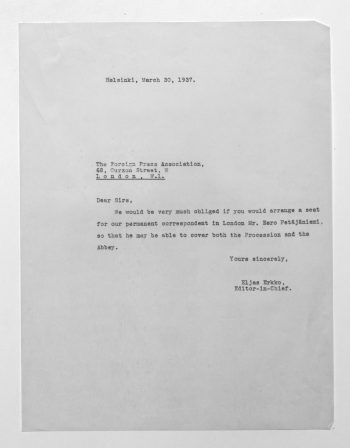 The Coronation of King George VI in 1937

These letters regard the arrangements of the coronation of King George VI in 1937. Eljas Erkko, editor in chief of Helsingin Sanomat wrote to the Foreign Press Association to arrange admission for the journalist Eero Petäjäniemi to the events related to the coronation.

In another letter, Eljas Erkko informs Eero Petäjäniemi that the previous London correspondent Yrjö Niiniluoto will arrive in London to help with covering the coronation. 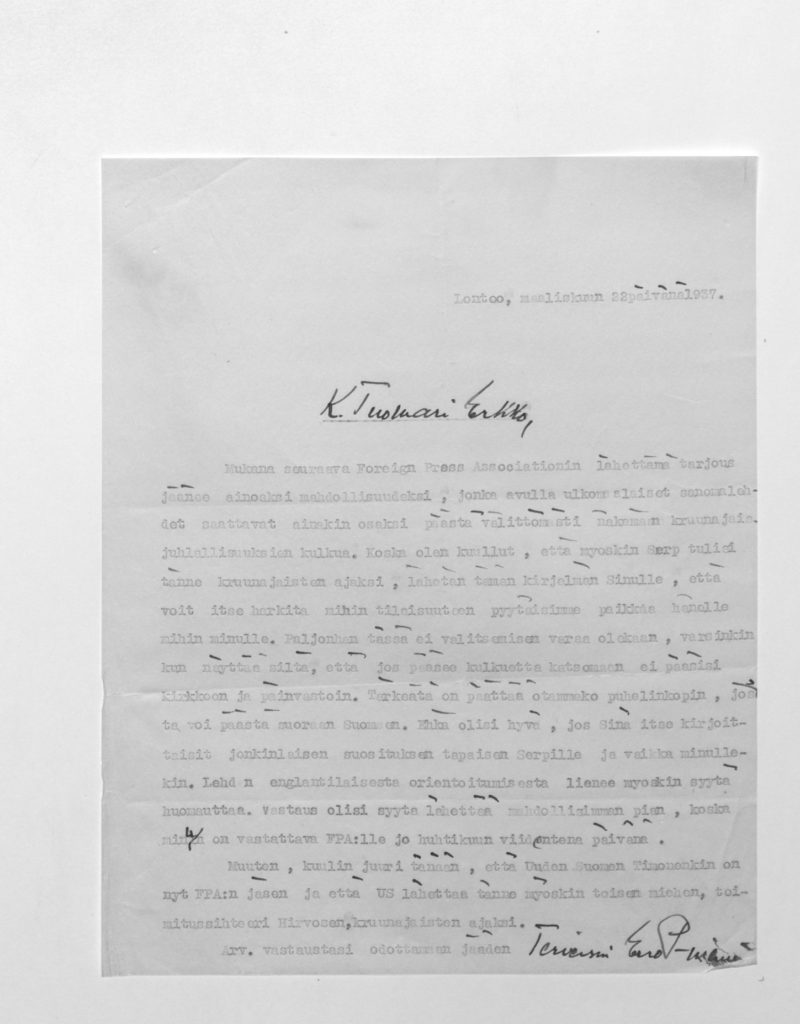 “The offer by Foreign Press Association I am sending with this letter will probably be our only chance for us to get permission to follow the coronation festivities as a foreign newspaper. … It might help if You yourself wrote a recommendation of some sort for Niiniluoto and why not myself as well. Would be good to mention the paper’s orientation towards Britain. The response should be sent as soon as possible, because I need to answer the FPA’s offer already by May 5th.

By the way, I just heard today that Mr Timonen of the Uusi Suomi newspaper is now a member of FPA, and that Uusi Suomi is sending another man, their subeditor Mr Hirvonen, here for the coronation.” 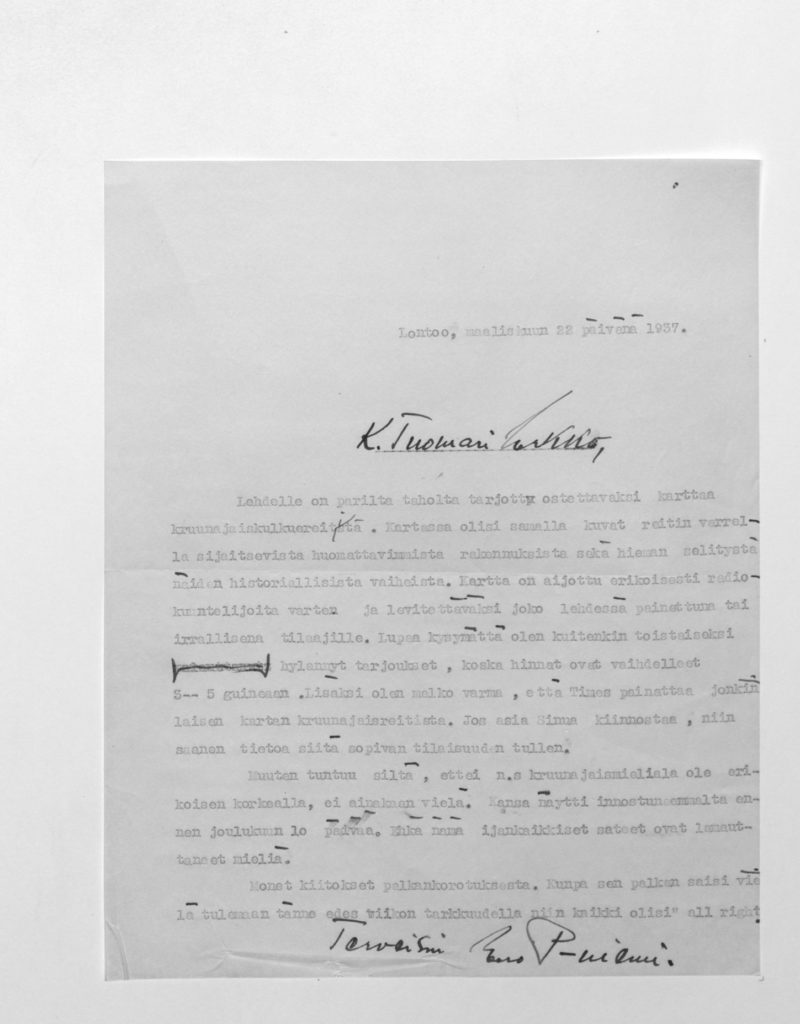 “Overall it feels like the people are not too excited about the coronation, at least not yet. People seemed much more excited before December 10th. Perhaps these endless rains have discouraged the people’s spirit.

Many thanks for the pay raise. I only wish we’d get the pay over here with even just the accuracy of a week. Then everything would be “all right”. 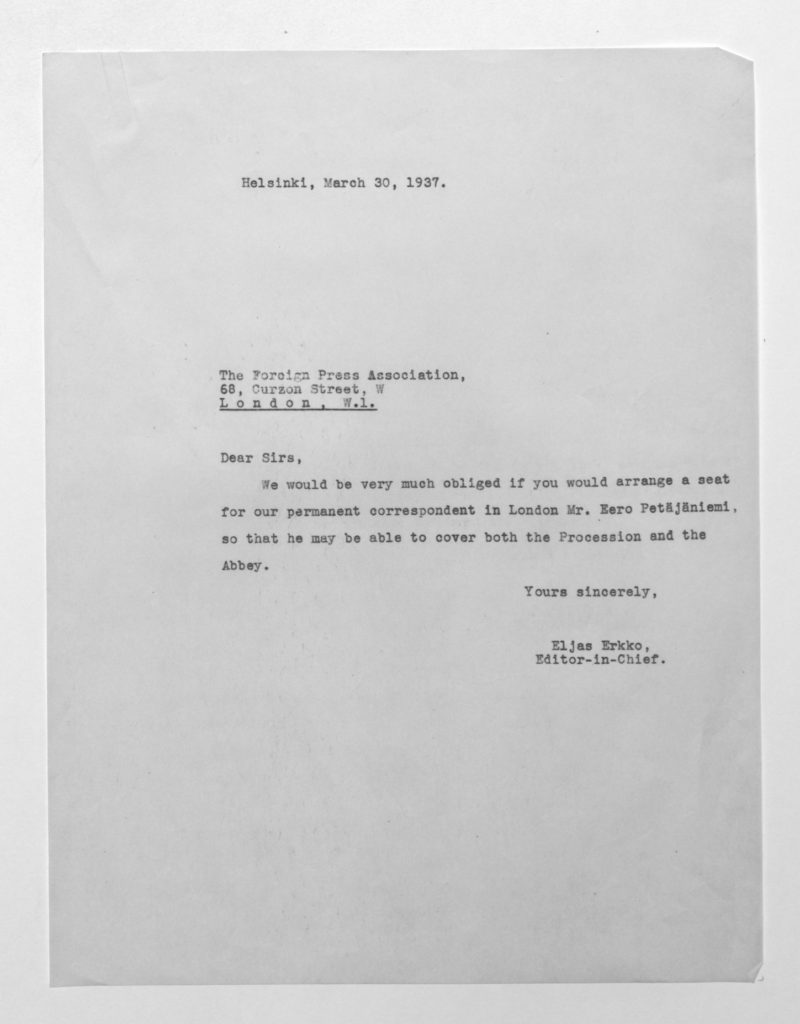 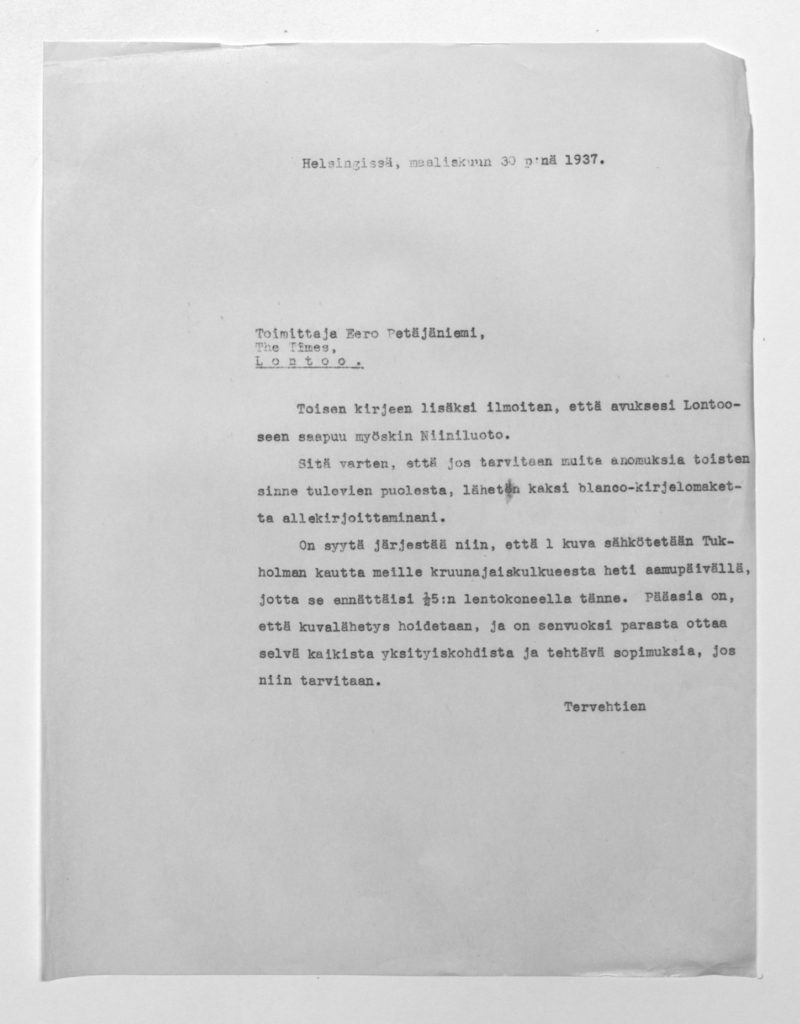 “In addition to the other letter I sent, I am letting you know that Yrjö Niiniluoto will come to London to your aid for the coronation. In case you need other letters of request, I am sending you two blank letter templates with my signature.”