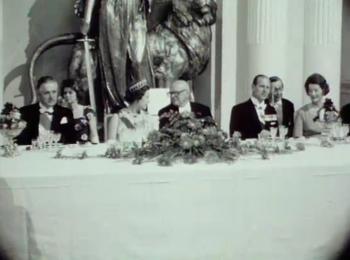 President Kekkonen made a speech for the visit of Queen Elizabeth II to Finland in May 1976. He wishes the Queen warmly welcome to Finland on behalf of all Finnish people. Kekkonen believed that the good relations of Finland and the United Kingdom was founded on mutual respect and the similarity of their nations. He said that he trusts that trade between the two countries will stay active. He also thanks the many initiatives United Kingdom had made to better the conditions of developing countries. In the end President Kekkonen raises a toast to Her Majesty, Queen Elizabeth II and Prince Philip and wishes them a pleasant visit in Finland.